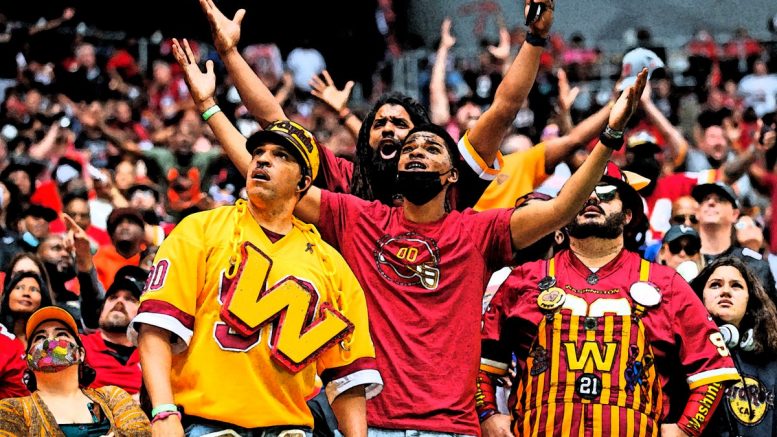 Two days after unveiling the makeover in New York, the Washington Football Team is throwing a party for supporters to celebrate the new identity.

«Cannabis chemicals inhibit the virus that causes COVID-19 from invading healthy human cells, according to a lab study,» for example, is one of those things you see on the internet that you immediately dismiss.

If that’s the case, then many of my pals who caught Omicron shouldn’t have. I’d want to believe it, but it’s probably worth a few Google searches.

Yes, I believe the Washington Football Team plans to have a fun party celebrating its new name in the DMV (DC/Maryland/Virginia) area two days after announcing it in New York, but that’s too perfect. In terms of Idiot of the Month stuff, it’s along the lines of «Jay Gruden says Washington Football Team’should have never changed the name.'»

It reads like something out of the Onion, but for WFT fans, it’s a nightmare that never ends. (Not Jay Gruden, the franchise, but Baby Gruden was technically linked with it, so him saying idiotic things about it goes hand-in-hand.) (It’s kind of like how his brother and he both spout racist nonsense.)

Let’s see if the claim about the name reveal not occurring where the team plays or during a team-sponsored event is true. Yup. That is correct.

On Feb. 2, you can watch the revelation on The Today Show in New York, and on Feb. 4, you can attend the Park-N-Party at FedEx Field, which is close to where the fans live, to clumsily celebrate the new brand.

To be honest, I believe the team is doing this out of concern that the fanbase will revolt/riot if they chose a team as foolish as the Washington Wizards. While I’m here at the crossroads of Cynical Street and Smartass Avenue, I might mention that according to the press release, new gear will be available in the Washington, D.C., region starting February 2.

The team’s name is still unclear, but according to NBCSports Washington, at least one player responded to the new moniker better than expected. If you follow the WFT or even have a little knowledge of Daniel Snyder’s incompetence, you know that a player giving a lukewarm thumbs up counts as a win, so that’s a positive indication, right?

It would be good if the fans could join the team in celebrating the rebranding rather than having to wait a few days. Who knows, maybe it’ll be really fantastic, and everyone on the internet will be raving about it.

No, I don’t believe so either.

Be the first to comment on "Two days after unveiling the makeover in New York, the Washington Football…"