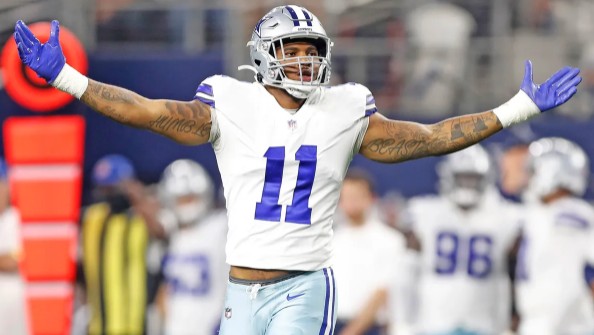 Even though they’ve already clinched the NFC East title, the Dallas Cowboys are ending another season on an uncertain foundation.

In the season finale, the Cowboys will face division foe Philadelphia without two of their top players. Micah Parsons, a rookie linebacker, and Tyrone Smith, an All-Pro lineman, will both miss the season finale against the Eagles after testing positive for COVID-19.

Both players are anticipated to be available for the wild-card game in Dallas the following week. However, entering into a Sunday game against the Eagles, the Cowboys still have a chance (although a long one) at the NFC’s No. 2 seed. Dallas must first take care of business by defeating the Eagles on Saturday night. Then sit back and wait for the Rams, Cardinals, and Buccaneers to lose. Stranger things have happened in the past, so it’s worth a shot.

Unfortunately, the Cowboys’ offence, as bad as it has been lately, is used to playing without Smith. Since 2016, he’s missed at least three games every year, and he was out for all but two games last season. They’re far better with Smith on the field, but owing to repeated injuries, they’ve learned to adjust to being without him. But it’s a different scenario with Parsons and the defence.

In just one season, Parsons has developed into a leader and the most versatile player on the Cowboys’ defence. Dan Quinn, the defensive coordinator, sets Parsons up all over the field, allowing him to use his versatility to influence the game in a variety of ways.

Micah will make his presence felt on the defensive line or as a linebacker, regardless of where he lines up. No one knows how Parsons will be affected now that he has tested positive for COVID. Some athletes have been hit hard, while others have just been hit lightly. Dallas will be in hot trouble regardless of who they play in the wild-card game if Parsons returns and isn’t his regular self.

Knowing all of this, Dallas’ Week 18 game in Philadelphia is crucial, as a loss will lock them into fourth place and force a rematch with the Arizona Cardinals. The Cowboys were defeated by the Cardinals in Week 17, dropping them from second to fourth in the league. Dallas can still get it to the third seed, but it is a considerably more unlikely scenario.

Dallas is a big-play defence, and without their best player, it could be a tough day against the Eagles. The Cowboys lack an all-around lockdown defence (no one does these days), and they are prone to giving up big yards. This Cowboys defence thrives on turnovers, and they’re tied for first (with Indianapolis) with 33 total takeaways, 25 of which are interceptions, which is also topped in the NFL. Dallas has a +13 turnover differential, which places them third in the league. The Cowboys, under Jerry Jones, haven’t been so reliant on defence in a long time.

With Quinn and his defensive strategy, Parsons has been at the forefront of this turnaround. Coaches are responsible for putting players in positions to thrive on the field, and Parsons has made the most of Quinn’s abilities this season.

The majority of this defence’s key players were in Dallas last season when they were historically terrible. In December, Parsons seemed all but certain to win the defensive rookie of the year title. There was even chatter that he would be in contention for the NFL Defensive Player of the Year award. But, given T.J. Watt’s season in Pittsburgh (21.5 sacks), it isn’t likely at this moment.

Dallas’ turnover rate is at an all-time high right now, and if they want to make a deep postseason run, they’ll have to keep it up through January. The Cowboys are 1-3 this season when they don’t have at least one interception in a game. When they don’t get an interception or a fumble, they’re 0-2 on the season. This could be too much for the ‘Boys to overcome without Parsons causing uncertainty and going after opposition quarterbacks.