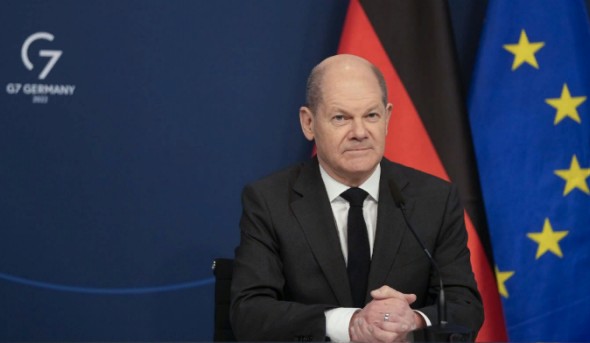 Officials from Ukraine and Germany clashed on Saturday over Berlin’s refusal to arm Ukrainian defense forces amid fears of a Russian invasion.

In an interview published Saturday in Welt am Sonntag, German Defense Minister Christine Lambrecht stated that Germany is dedicated to de-escalating the crisis, but that «weapons deliveries would not be helpful in this regard.»

Ms. Lambrecht stated that Germany will provide a field hospital to Ukraine in February, but that Germany has no plans to equip Ukraine with armaments at this moment.

«I understand the desire to assist Ukraine, and that is precisely what we are doing,» she said.

Dmytro Kuleba, Ukraine’s foreign minister, was quick to attack Germany for the remarks.

Mr. Kuleba remarked on Twitter, «Today, the West’s unity with Russia is more crucial than ever.» «We’re all working together to achieve it and discourage the Russian Federation.»

Mr. Kubela thanked Berlin for its non-lethal assistance, but said its assertions «about the difficulties of supplying defensive weapons to Ukraine» contradicted «the level of our relations and the current security situation.»

«Such words and deeds must stop undermining unity and encouraging Vladimir Putin to launch a new attack on Ukraine,» he stated.

Several countries, notably the United States and the United Kingdom, have pledged to provide security aid to Ukraine as tensions rise.

The United States sent the first shipment of a $200 million security assistance package to Kyiv on Saturday. The deal was approved in December. According to the US Embassy, the consignment comprised around «200,000 pounds of lethal security aid, including ammunition for front line defenders of Ukraine.»