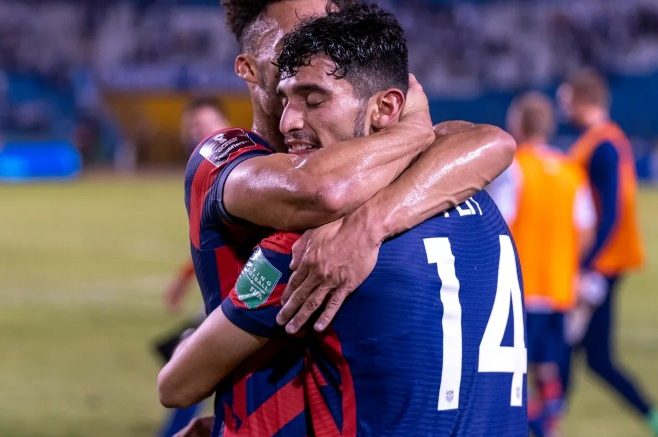 It’s been pounded into the ground and then shot repeatedly, but the uniqueness and oddity of this World Cup qualification calendar cannot be overstated. The three-game periods, spaced out across only seven days, make logistics practically impossible.

There are a variety of reasons why U.S. Soccer has chosen to hold its two home qualifiers in Columbus and St. Paul at the end of January. The major difference is that the away game in the middle of it is in Hamilton, Ontario, Canada.

That appears to be a reallocation. Anyway, both Ohio and Minnesota are only a short flight away, so travel for a team that just returned from Europe on Sunday or yesterday will be minimal. That is nothing to scoff at.

Consider Canada’s next travels: Down to Honduras, then back to Ontario to face the United States, before returning to Central America to face El Salvador. This is the kind of thing the US undoubtedly hoped to avoid, bouncing around the country on five- or six-hour trips to remain warm.

They’ll also tell you that it’s all part of their preparation for the weather in Hamilton (again, apparently a real place just south of Toronto). Staying in the north will help to mitigate the shock of what is ahead north of the border, where the high on Sunday will be 24 degrees and likely colder by the 3 p.m. local kickoff time.

But this is when things start to get a little difficult. The majority of the US team is from Germany, has played in Germany, and has traveled around Northern Europe. While 24 degrees is certainly at the low end of the temperature range in Europe, it’s not like they’re dropping flamingos into the polar ice caps. The players would be on the verge of being ready.

And, in any case, the game versus Honduras in St. Paul comes after the Canada trip. Nothing needs to be «prepared» for. It’s mainly just to keep the Hondurans frozen and ensure that none of their supporters show up. Which, given that the United States just required the second half of competence to beat Honduras 4-1 in the previous match, shouldn’t be a major problem.

What’s driving U.S. Soccer here is the desire to maintain a home-field advantage, which is nothing new in international soccer. You have to play at 8,000 feet in the air that looks like a brownie in Mexico. Bolivia forces you to play at a height of 12,000 feet.

Honduras and El Salvador, for example, bring the United States into the heat in the middle of winter when they’ve been playing in the cold for their domestic seasons. Officials from the Brazilian authorities stormed the field and violently dragged you away. Everyone uses what they’ve got.

It’s all about keeping the crowd in red, white, and blue for the US (maybe I should have accentuated the middle color there). Neither Columbus nor St. Paul has large numbers of Salvadorans or Hondurans.

The United States is likely still stinging from a 2009 qualifier versus Honduras in Chicago, which was attended by 70% Hondurans. It’s why, for the most part, huge metro areas have been overlooked during the qualifying process (Austin, Columbus, Cinci, Orlando, Nashville).

The United States is also hampered by its refusal to play on anything other than a natural surface, which they will not do in Canada. It’s not like the Vikings are playing in their home stadium right now if they wanted to stay in the Twin Cities. That, however, is Field Turf. So would Indianapolis, Ford Field, and other cities within a few hours’ flights of Ontario.

It’s also an issue of how beneficial it is to play in a cleared snowbank. The United States is a superior team than Honduras and El Salvador, and it is also a better team than Canada without Alphonso Davies.

Extreme conditions don’t always result in the smoothest and most coherent play, and the United States certainly outperforms the rest of the world when it comes to getting the ball on the grass and moving it around. Why take the risk of upsetting a squad like El Salvador or Honduras just for the sake of a possible psychological advantage? You certainly can, but are you obligated to?

Both Columbus and St. Paul have heated fields, so the surface should be good unless there is snowfall (which isn’t expected in either). And if the United States can simply bank the two home games and the six points that come with them, they’ll be in Qatar with a foot and a half. After the last cycle, they may not want to take any chances and will press any advantage they believe they have.

Still, with the swagger this team has (at least when things are going well), they should be able to roll out the balls anyplace in the country and feel certain that they’ll be at a serious ass no matter what. Half of it feels a little too cute.