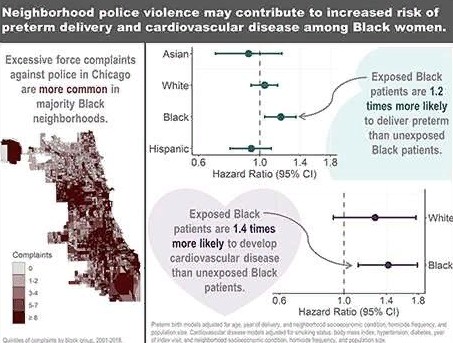 Preterm birth and heart disease are connected to police violence among Black women.

A ten-year study found a correlation between police complaints and hospital records, implying that the ramifications of police wrongdoing may begin in the womb and last throughout life.

Preterm birth and cardiovascular illness are generally documented to be disproportionately high among Black mothers. According to new research from Northwestern University, stress caused by police violence in Black women’s neighborhoods may be one factor contributing to these discrepancies.

The study was published in Science Advances on Jan. 19 and is titled «Complaints concerning the excessive use of police force in women’s communities and subsequent perinatal and cardiovascular health.»

The multidisciplinary study, led by experts in psychology, sociology, epidemiology, anthropology, and medicine, is the first to look at common forms of police misconduct and women’s health outcomes, adding to a growing body of evidence that suggests police violence has a negative impact on Black communities’ health.

Because of high-profile police violence in Black communities, corresponding author Alexa Freedman, a postdoctoral fellow at Northwestern’s Institute for Policy Research, said the research team wanted to see if formal complaints about police excessive force (EFP) were linked to women’s health in Chicago.

The researchers did so by analyzing data from the Invisible Institute’s database of excessive force complaints made against Chicago cops. The frequency of EFP complaints in each of Chicago’s neighborhoods was calculated by the researchers.

These data were then linked to the electronic health records of two groups of patients: pregnant women (67,976) and healthy people (6,773) who did not have cardiovascular disease at the time of their first visit to the doctor.

«We were encouraged by the consistency of our findings across numerous sensitivity analyses, particularly those that evaluated pregnancy outcomes among patients who delivered multiple times. Individual and community characteristics that could skew the results were better controlled in these analyses «According to Freedman.

The findings also point to the potential for police wrongdoing to have a negative influence on public health.

«The findings imply that police misbehavior may have long-term health ramifications beginning at the earliest stages of development,» said Andrew V. Papachristos, professor of sociology and head of the Northwestern Neighborhood & Network (N3) Initiative.

«These investigations are a significant step forward in health inequity research,» Miller added. «Excessive police presence in the neighborhood has long been recognized as a significant and ongoing source of concern for Chicago’s Black population. These studies add to our understanding by implying that there could be ramifications for women’s reproductive and cardiovascular health.»

The next step for the researchers is to dig deeper into medical records in order to better understand the biological mechanisms. 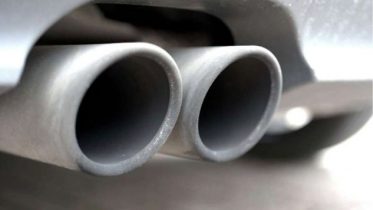