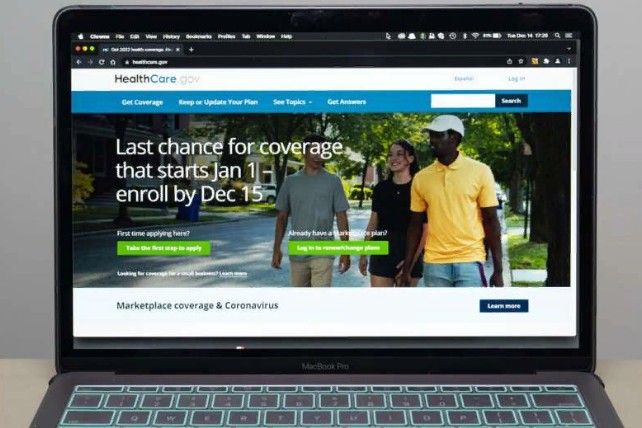 In the midst of the omicron rush, people looking for health insurance have until Saturday to sign up for taxpayer-subsidized private coverage under the Obama-era Affordable Care Act.

President Joe Biden’s administration is on track to deliver strong enrollment figures, but those gains may become a mirage if Democrats in Congress fail to pass Biden’s social agenda package. Biden’s coronavirus relief bill has resulted in substantial subsidy hikes for both new and returning customers. Without further congressional action, the boosted support will expire at the end of this year.

«Whether the subsidies are continued will determine whether this is a long-term increase in enrollment,» said Cynthia Cox, a health insurance analyst at the nonpartisan Kaiser Family Foundation. «If these subsidies expire, the largest threat to enrollment would be.» Millions of individuals might see their monthly premiums increase, as well as their deductibles.

As of Jan. 8, Health and Human Services Secretary Xavier Becerra announced that approximately 14.1 million people had enrolled or renewed their coverage. That’s a net gain of around 2 million people covered by HealthCare.gov and state-run insurance exchanges. Sign-ups are notably strong in two GOP-led states: Florida and Texas.

«Affordable health care coverage is within grasp,» said Chiquita Brooks-LaSure, the program’s administrator at the Centers for Medicare and Medicaid Services. People with medical difficulties cannot be denied coverage under the Obama health law, also known as the Affordable Care Act (ACA).

In addition to increased subsidies, the Biden administration has increased outreach efforts by hiring more enrollment counsellors and expanding advertising.

«For the most part, it’s excellent news for the administration,» Cox said.

Even though the COVID-19 pandemic is now in its third year, nearly 9 out of 10 Americans have health insurance through a combination of the employer, public, and individual coverage. However, 28 million individuals remain uninsured. The majority of uninsured persons are eligible for government-subsidized healthcare, but surveys suggest that many are unaware of this.

Those who sign up by Saturday will be covered beginning February 1.

People who are still looking for coverage after Jan. 15 must have a specific cause, such as a job loss or a change in family circumstances, to be eligible for a special enrollment period.

Procrastinators should join by midnight local time on deadline day, according to federal officials. 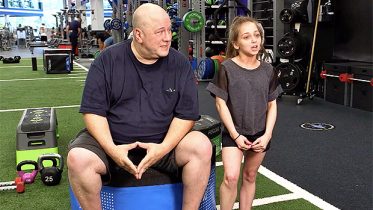 ‘My name is Shauna Rae,’ she says. Shauna dislikes going to the gym because people are ‘judgmental.’ In this EXCLUSIVE preview of the all-new ‘I…