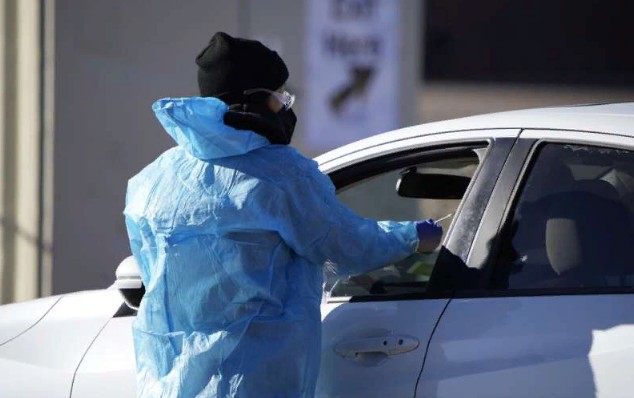 As the COVID-19 omicron variant spreads across the country, millions of people who don’t have paid sick days are forced to choose between their health and their paycheck.

Even if omicron has managed to avoid the shots, several employers implemented more extensive sick leave policies at the start of the pandemic. However, some of those rules have already been toned back with the distribution of the vaccines. Meanwhile, the current labour scarcity is adding to the pressure on employees who must choose whether or not to go to work unwell if they cannot afford to stay at home.

«It’s a vicious circle,» said Daniel Schneider, a Harvard Kennedy School of Government professor of public policy. «As personnel is diminished due to sick employees, those who remain on the job have more work to complete and are even more hesitant to call in sick when they become ill.»

Hourly employees with low wages are particularly vulnerable. According to a national pay study of employee benefits done by the US Bureau of Labor Statistics in March, nearly 80% of all private-sector workers receive at least one paid sick day. However, just 33% of workers in the lowest 10% of pay receive paid sick leave, compared to 95% in the top 10%.

According to Harvard’s Shift Project, which focuses on inequality, a poll of nearly 6,600 hourly low-wage workers performed this fall found that 65 per cent of those who reported being unwell in the previous month went to work nevertheless. That’s less than the 85% who reported to work sick before the pandemic, but it’s far more than it should be in the midst of a public health emergency. Because of omicron and the labour scarcity, Schneider believes things might grow worse.

Schneider also pointed out that the percentage of workers who had paid sick leave prior to the pandemic scarcely changed throughout the epidemic—50 per cent versus 51 per cent, respectively. He went on to say that many of the working poor polled don’t even have $400 in emergency money and that the expiration of the child tax credit, which had put a few hundred dollars in families’ pockets every month, will make things even worse.

The Associated Press spoke with one worker who began suffering COVID-like symptoms early this week after starting a new job with the state of New Mexico last month. The employee, who wanted not to be identified for fear of jeopardizing their job, took a day off to be tested and another two days to wait for the findings.

A supervisor contacted and informed the employee that they would only be eligible for paid sick days if the COVID test was positive. If the test is negative, the employee will be forced to work without pay for the days they have not yet accrued for sick leave.

«I thought I was doing the right thing by safeguarding my coworkers,» said the employee, who is still waiting for the results and believes that if they test negative, it will cost $160 each day of work missed. «Now I wish I hadn’t said anything and just went to work.»

A Trader Joe’s employee in California, who did not want to be identified because they did not want to jeopardize their employment, said the company allows employees to accrue paid time off that may be used for vacations or sick days. However, once that time has been used up, employees frequently feel unable to afford to take unpaid days.

«I believe many people now come to work unwell or with ‘allergies’ because they believe they have no other option,» the worker explained.

Trader Joe’s used to give hazard compensation and even paid time off if employees developed COVID-related symptoms. However, the employee stated that the perks were no longer available. Customers are no longer required to wear masks in all of the company’s outlets.

Other businesses are reducing the sick time that they had provided during the outbreak. As COVID-19 cases rise again, Kroger, the country’s largest traditional supermarket chain, is withholding some benefits for unvaccinated workers in an attempt to convince more of them to receive the vaccine. Workers who have not been vaccinated will no longer be eligible for up to two weeks of paid emergency leave if they become infected, as was the case last year when vaccines were unavailable.

Meanwhile, when the Centers for Disease Control and Prevention dropped isolation rules for persons who don’t have symptoms after testing positive, Walmart, the country’s largest retailer, is cutting pandemic-related paid leave in half, from two weeks to one.

A rising number of states are providing assistance to workers. According to the National Conference of State Legislatures, 14 states and the District of Columbia have approved legislation or ballot measures requiring companies to provide paid sick leave in the recent decade.

However, on the federal level, the initiative has come to a halt. In the spring of 2020, Congress passed legislation requiring most employers to provide paid sick time to employees suffering from COVID-related ailments. However, the obligation was terminated on December 31st of that year. According to the US Department of Labor, Congress later extended tax credits for employers who voluntarily provide paid sick leave, but the extension lapsed at the end of September.

The United States House of Representatives enacted a version of President Joe Biden’s Build Back Better plan in November, requiring firms to offer employees 20 days of paid leave if they are sick or caring for a family member. However, the bill’s destiny in the Senate is unknown.

«We won’t be able to do a patchwork job.» It must be comprehensive. «It has to be significant,» Josephine Kalipeni, executive director of Family Values @ Work, a national network of 27 state and local coalitions advocating for policies like paid sick days, said.

According to a 2020 analysis by the World Policy Analysis Center at the University of California, Los Angeles, the United States is one of just 11 countries in the world without a federal mandate for paid sick leave.

Small business owners, on the other hand, such as Dawn Crawley, CEO of House Cleaning Heroes, can’t afford to pay employees when they’re sick. Crawley, on the other hand, is attempting to assist in different ways. She recently took a cleaner who didn’t have access to a vehicle to a nearby testing location. She later purchased medicine, orange juice, and oranges for the cleaning.

«If they’re out, I try to give them money,» Crawley explained, «but at the same time, my firm has to continue.» ′′If the company goes bankrupt, no one will have a job.»

Even when paid sick leave is provided, employees are not always informed.

Last March, Ingrid Vilorio, a waitress at a Jack in the Box restaurant in Castro Valley, California, became ill and tested positive for COVID. Vilorio alerted her boss, who failed to inform her that she was entitled to paid sick leave and additional COVID leave under California law.

Vilorio said her doctor advised her to take 15 days off, but she only took ten since she needed to pay bills. A coworker informed Vilorio months later that she was owed sick pay for the time she was absent. Vilorio and her colleagues reported the restaurant to the county health department through Fight for $15, a nonprofit that attempts to unionize fast-food employees. She was given back pay not long after that.

However, troubles persist, according to Vilorio, who speaks Spanish through a translator. She claims that workers are still getting sick and are often hesitant to speak up.

«We can’t work without our health,» she explained. «We’re told we work on the front lines, yet we’re not regarded as such.»

Be the first to comment on "Should you stay at home or go to work if you’re sick?" 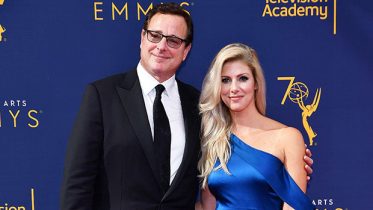 In her first interview since Bob Saget’s death, Kelly Rizzo refers to him as the «Best Man.» Kelly Rizzo has given an emotional interview about…