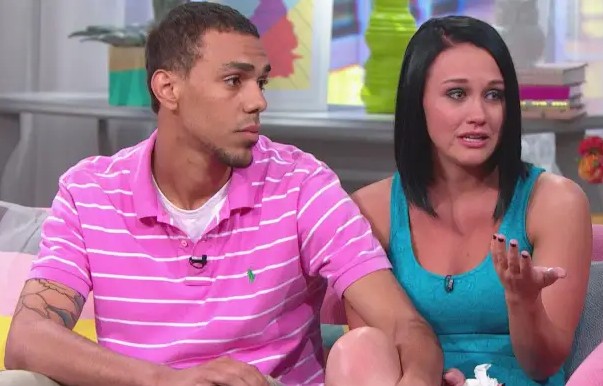 Jordan’s family set up a GoFundMe campaign to gather money for her 6-month-old baby, and in the description, they revealed the cause of Jordan’s death.

Jordan Cashmyer, star of 16 and Pregnant, died after a heart attack. Jordan’s family set up a GoFundMe page to seek money for her 6-month-old daughter Lyla around a week after the 26-year-old tragically died, where they went into detail about Jordan’s battle with substance usage.

«On January 15, 2022, at the age of 26, our daughter Jordan unfortunately died. Along with a photo of Jordan and Lyla, the caption reads, «Leaving behind a sweet little 6-month-old girl.» «Addiction affects many families, and ours was no exception. Jordan had a lot of personalities and was constantly full of life.»

«She had a knack of making everyone around her grin and laugh, and her laugh was contagious.» Our family is devastated, and Jordan will be missed for the rest of our lives. Lyla’s father had also died approximately four months before Jordan, leaving the couple’s six-month-old daughter without parents, according to the post.

«We now face the awful prospect of our granddaughter, whom we have been raising, never having the opportunity to share memories with her mother or father, never having the opportunity to get to know them.» Our family now faces not only the task of burying our daughter but also the task of beginning again with an infant who has already lost both parents in her six months of life.»

Jordan’s father, Dennis M. Cashmyer Jr., confirmed her death in a Facebook post on January 16. He posted with a photo of Jordan, «Last night I received a call no parent ever desires.» «My oldest and dearest daughter, Jordan, passed suddenly at the age of 26. Our hearts are shattered. «No parent should ever have to experience the loss of a child.»

Jordan, her partner Derek Taylor, and their daughter Evie made an appearance on MTV’s 16 & Pregnant in 2014. Jordan was recently trying to turn her life around after struggling during filming and for a long time afterward. In January 2021, she celebrated one year of sobriety.

5 Things To Know About The Legendary Rocker Who Passed Away At The Age Of 74. Meat Loaf has a remarkable six-decade career. He earned…