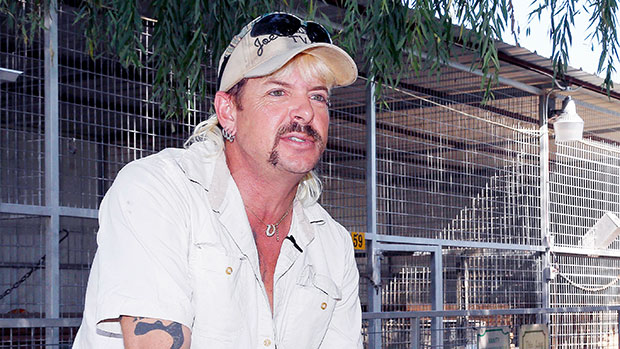 For his role in the Carole Baskin murder-for-hire plot, Joe Exotic was resentenced to 21 years in prison.

Joe Exotic, 58, will be released after serving one year in prison. According to reports, a federal judge resentenced the Tiger King star to 21 years in prison on Friday (Jan. 28) for conspiring to murder his adversary, Carole Baskin. Joe, whose full legal name is Joseph Maldonado-Passage, was sentenced to 22 years in jail and was allegedly asking leniency from the judge during Friday’s court session as he began prostate cancer treatment.

He reportedly pleaded the judge in court, «Please don’t make me die in prison waiting for a chance to be free.» According to The Hollywood Reporter, Carole and her husband Howard attended the hearing. Joe’s lawyer has been contacted for comment by HollywoodLife.

On September 7, 2018, Joe was arrested for the murder-for-hire conspiracy against Carole, 60, the owner of Big Cat Rescue in Tampa, Florida. Carole had been critical of Joe’s animal park and cat-keeping procedures, and she had also obtained a million-dollar settlement against him in 2011 for a trademark infringement complaint.

Joe attempted to bribe a man named Allen Glover $3,000 to kill Carole in 2017, bringing their feud to a peak. Joe was also arrested on charges of murdering endangered tigers to create a place for other exotic animals at his park.

Joe was found guilty of two counts of hiring someone to murder Carole Baskin in Florida, eight counts of falsifying wildlife records under the Lacey Act, and nine counts of violating the Endangered Species Act by killing five tigers and selling them across state lines by a federal jury in January 2020. In January 2020, he was sentenced to 22 to 27 years in jail, but he was re-sentenced in July 2021, with a court order that his sentence is between 17.5 and 22 years.

Joe announced his cancer diagnosis to the world in November 2021, and he requested his release from prison so that he could get proper care for his illness. «There’s no reason for the district attorney to drag this out any longer, so I can go home and get therapy on my own or enjoy the time I have left with my loved ones!» «Everyone, say a prayer and be my voice,» he wrote on Nov. 3.

Be the first to comment on "For his role in the Carole Baskin murder-for-hire plot, Joe Exotic was…"