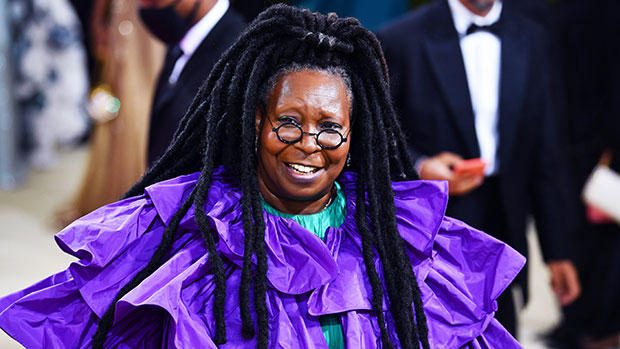 During Monday’s broadcast of ‘The View,’ the actress apologized sincerely for her comments that the Holocaust was not about race.

On Tuesday, February 1, Whoopi Goldberg, 66, apologized profusely for suggesting that the Holocaust was «not about race» on the first episode of The View. During Monday’s broadcast, when addressing a Tennessee school board’s decision to prohibit Art Spiegelman’s Maus, a graphic novel about the Holocaust, the co-host stated she «misspoke.»

The comedian expressed her support for the Jewish community and invited Jonathan Greenblatt, CEO of the Anti-Defamation League, to explore why comments like Whoopi’s are damaging.

Whoopi went into detail on how the Nazis and Adolf Hitler felt about Jews during the Holocaust, which led to the tragedy, after thanking people for holding her accountable. «It is, certainly, a racial issue, because Hitler and the Nazis believed Jews to be a second-class race.

Words are important, and mine is no exception. As I already stated, I apologize for my remarks and accept my apologies. «I also stand with the Jewish people, as they and you know, because I’ve always done so,» she added.

People calling on Whoopi earlier in the conversation helped her learn more about why her words were upsetting. «I said something that I feel obligated to investigate since my comments offended so many people, which was never my aim, and I now see why.» «I am quite glad for that,» she said, «since the information I received was extremely beneficial and helped me grasp a variety of issues.»

The Oscar winner faced a barrage of criticism after saying on Monday’s broadcast of The View that the Holocaust was «not about race.» It was more about «man’s inhumanity to man,» she explained. She apologized on Twitter later that evening.

«I mentioned on today’s broadcast that the Holocaust isn’t about race, but rather man’s inhumanity to man.’ She wrote, «I should have mentioned it’s about both.» «I admit that I was mistaken. My unwavering support for the Jewish people around the world has never wavered. I’m sorry for the inconvenience I’ve caused.»

The ADL’s CEO then joined the show to discuss how Hitler’s and the Nazis’ acts were racially motivated, and how they paralleled the Jim Crow era in the South. He also urged both Republicans and Democrats to speak out against antisemitism when they encounter it. Jonathan also mentioned how essential representation is, and he even offered that The View brings in a Jewish individual as a new member to the table.

He said, «I know you folks believe in representation.» «I understand you’re thinking about hiring a permanent host for the show.» Consider having a Jewish host on the show, someone who can bring these concerns of antisemitism and representation to The View on a daily basis.