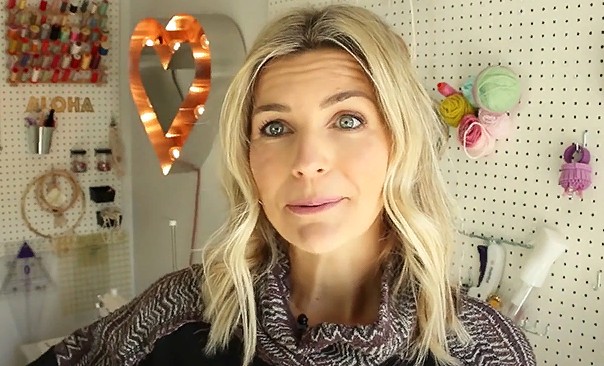 Melanie Ham: 5 Facts About The YouTube Star Who Sadly Died At 36 Years Old After A Cancer Battle.

Melanie Ham, a YouTube sensation, died after a long fight with cancer. Learn more about Melanie, whom her husband referred to as a «warrior queen.»

A well-known YouTuber has sadly gone away. Melanie Ham, 36, died of cancer earlier this month. On January 12, her husband, Robert, posted the heartbreaking news on Instagram. «I’m sure you were, like us, hopeful she could fight this insidious disease if you’ve been following our path,» Robert wrote.

«Things have progressively gotten worse over the last few months, and we’re glad that we made it to this point through the holidays and tried to make every moment count.» Melanie «fought like a warrior queen» throughout her cancer battles, according to Robert.

Here’s everything we know about Melanie as her family, friends, and admirers grieve the popular internet celebrity.

Melanie’s YouTube channel had over 800,000 subscribers when she died. Her films, some of which have received millions of views, extend back over a decade. Melanie wrote on her website’s «About Me» page that she began her YouTube channel in December 2011 and that it «went off beyond my wildest dreams.»

Sewing and crocheting were included in her videos.

Sewing, crocheting, and DIY lessons were among Melanie’s YouTube videos. Her clips lasted anywhere from 5 to 15 minutes on average. Sewing and crocheting allowed her to make quilts, headbands, masks, blankets, and other useful objects. Melanie’s final YouTube video was released in April 2021, following which her health began to deteriorate.

Melanie was married with children

Melanie’s husband Robert and their two children, a son and a daughter survive her. Robert confessed that he lost his wife just nine days before their 16th wedding anniversary upon announcing Melanie’s death.

«Despite the great sadness that my family and I are experiencing tonight, we want to honor an incredible woman and a life well lived,» Robert added. «She was my best friend till the end, and she loved passionately, created brilliantly, provided generously.»

She was forthright about her battle with cancer

Melanie battled cancer for a long time and kept her followers updated on her progress. She first opened up about her health issues in a 2019 blog post, revealing that physicians discovered a tumor on one of her kidneys in December 2018.

Her left kidney, the tumor, and two lymph nodes were all removed during surgery. All appeared to be OK, until Melanie disclosed in August 2020 that the malignant lump had reappeared. «The tumor came back in numerous spots, quite quickly,» she stated in a YouTube video. Melanie’s formal diagnosis was Epithelioid Angiomyolipoma, which she revealed afterward.

Melanie continued to keep her fans updated as she battled cancer after that. She disclosed in an October 2021 update that she had successful surgery five months prior, but cancer had continued to spread. Melanie’s hair fell off as a result of her chemo treatments.

«We’re always trying to be positive that this will be the treatment that works,» she stated in her final health update, «but the truth is there is no clear roadmap on how to battle this, so we’re just going to keep battling.»

Melanie’s life will be commemorated at a memorial service

In honor of Melanie’s life, a Celebration of Life will be held at Crossroads Community Church in Valencia, California on Saturday, January 29 at 11 a.m. Melanie’s Instagram account stated that «colorful attire» is encouraged. Melanie can also be honored by sending cards and flowers to the church. Fans who want to watch the event can do so by going to www.lifeatcrossroads.org/eventstream.

Be the first to comment on "Melanie Ham: 5 Facts About The YouTube Star Who Sadly Died At 36 Years…" 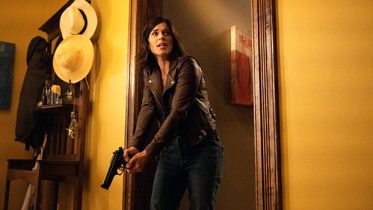 ‘Scream’ was jam-packed with huge nods to the film that started it all. There was one appearance by an original character, though, that will leave…