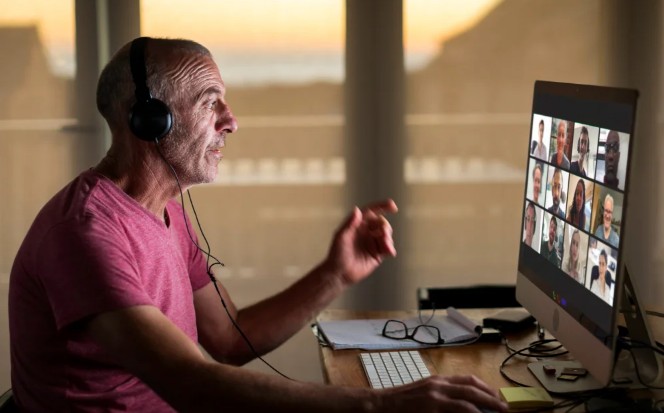 Deborah Goldstein and her 85-year-old mother traveled to a faraway wilderness in Scotland last December, as COVID-19 cases increased and travel restrictions were tightened.

They encountered an animal-loving teenager, her nasty stepmother, and 12 enchanted elves instead of political pundits and dooming newsfeeds. They’ll travel somewhere else in two weeks—without leaving their Manhattan apartments.

One story shared in the free, virtual circle that Goldstein, her mother, and dozens of others attend every other Thursday was set in a far-off location in Scotland.

The circle, which was hosted by the New York Society for Ethical Culture, one of many organizations creating online spaces to share stories, adds to a growing body of research linking storytelling to profound mental health benefits, which is especially welcome as anxiety and loneliness continue to rise.

Goldstein found herself «rabidly reading» a different kind of tale before becoming immersed in the virtual circle’s stories: the news.

However, the recent retiree quickly found that keeping up with the news was «a lot»—a sentiment so common that the US Centers for Disease Control and Prevention recommended taking breaks. Goldstein, who describes herself as anxious, felt she wanted to getaway.

Though Goldstein has always enjoyed folk storytelling, she says she had «never been to anything like this, or even realized it existed» until Ethical Culture, a nonprofit she had long supported, began conducting virtual storytelling circles during the pandemic.

Goldstein isn’t alone: a Brazilian study of hospitalized youngsters revealed that those who were given stories had higher levels of oxytocin and lower levels of the stress hormone cortisol than a control group.

According to Daniel Weinshenker, director of StoryCenter’s Denver office—another organization that offers online circles and workshops—there’s the primordial reason why storytelling might help people cope with worry and uncertainty.

StoryCenter’s circles, like Ethical Society’s, are held via Zoom (with the camera optional) and frequently involve five to 25 individuals. Instead of a few storytellers telling a made-up narrative at random, Weinshenker encourages everyone in the room—sometimes in pairs—to tell a factual story about a specific trigger, which frequently involves a «moment of change.»

This, he claims, can assist people in coping with changes in their own lives, particularly those that are unexpected. «Most of us go through life with a lot of preconceptions and the expectation that things would stay the same,» says Weinshenker, a social worker. When such beliefs are called into question, though, it may be extremely distressing.

«Growing up in the Bay Area, for example, earthquakes were rather common,» he explains. «However, when a newcomer to San Francisco arrives and the ground moves, it completely disrupts their sense of routine and comfort, as well as their entire relationship with the ground and the world.»

COVID-19 has been akin to an earthquake in that it has ushered in a period of enormous loss, sadness, and uncertainty. Rather than requiring storytellers to explicitly discuss the uncertainty in their life, Weinshenker’s prompts—for example, «speak about a minor hero»—invite them to choose whether they wish to manage by retreating from it or digesting it directly.

He continues, «You may go back to your childhood and talk about your grandmother, your cat, or an unique totem.» «Alternatively, you could talk about a minor hero who helps you get through the day, which would necessitate talking about what’s going on in your life that you need rescuing from.»

According to one study, patients suffering from drug addiction saw statistically significant improvements in melancholy and anxiety after receiving narrative therapy, which is a type of direct processing of negative events through storytelling.

People who penned stories based on «traumatic, distressing, or emotional occurrences» had better physical and psychological health, according to another study. Researchers previously projected that those who could generate a positive and cohesive narrative out of COVID-19 would enjoy improved emotional well-being and have an easier time coping, based on these encouraging results.

Weinshenker, on the other hand, is cautious not to impose the concept that the stories told in his workshop must have a happy ending. He explains, «We encourage folks to be open and honest about what closure means to them.» «So, while the [stressful] circumstance hasn’t altered, perhaps their acceptance of it has.»

Beyond the benefits of processing individual stressors, Weinshenker claims that sharing tales as a group can elicit shared benefits such as validation that «the world is harsh,» and connectedness around the ways individuals are «struggling» with the difficult stuff together.

Patients with breast cancer, dementia, and chronic illness who participated in storytelling activities showed reduced social isolation, higher quality of life, and stronger peer-to-peer bonds, which may explain why storytelling has been so successful in health care settings.

The group approach, which is based on listeners asking questions and sharing reflections, gives storytellers a unique view into themselves, even if it isn’t as quantitative. «Stories beget stories,» Weinshenker explains, «and having a space to hear other people’s stories or reflect about your own allows you to listen to yourself in a new manner.»

He claims that storytellers often don’t realize why they tell specific stories or what influence those stories have until after they’ve told them to the group. When a nurse who had previously worked with first-time moms and babies was unable to conduct home visits due to the epidemic, he recalls her telling a seemingly unconnected anecdote about a little bird she had rescued from outside her window.

Weinshenker explained, «She hadn’t understood it before, but in telling this narrative, she’s drawing all these parallels about how she cared for this bird in the same way she cared for her patients and their infants.» «She’s realizing what she’s lost and how she’s dealt with it over the last 18 months.» 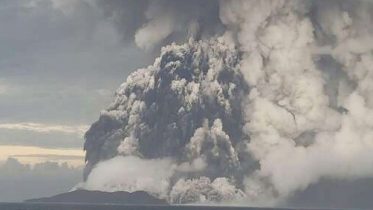 Multiple catastrophes can have complicated effects on physical health, mental health, and well-being, according to findings from a review done by University of Melbourne researchers,…