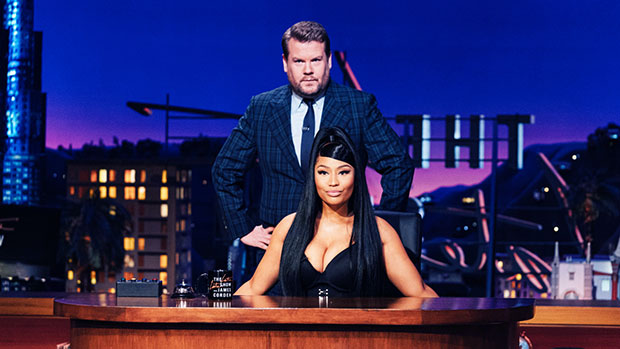 It’s hard to say which part of Nicki Minaj’s performance on the ‘Late Late Show’ was more impressive: her uncanny ability to imitate Adele’s voice or the glitzy corset outfit she wore.

Adele rarely collaborates on songs with others, but if Nicki Minaj wants to use the «Easy On Me» singer’s voice on a track, she can do so herself. During a conversation with James Corden on Thursday’s Late Late Show, Nicki, 39, was shown a tape from Adele, 33, appearing on «Carpool Karaoke» in 2016 and singing along to Nicki’s «Monster.»

Then James wondered whether Nicki could play Adele and emulate her. «I guess I have to think like a Black lady in London to channel Adele, right?» Nicki remarked, hitting every cadence of the British singer’s speech in a spot-on impersonation.

«The point is, everyone, knows that my British accent is that of a posh white lady, a well-heeled white lady, right?» Nicki-as-Adele continued, «However, with Adele, I have to like, morph.» Like she might have used to sell crack, for example.

Like, maybe she used to be hustlin’… and then she got her big break… «It’s quite expressive, isn’t it?» James gushed over Nicki’s accent and how she had picked up on Adele’s physical gestures.

By the way, you guys made such an incredible tag team, and I never got to tell you that,» she remarked. «You made my day, your year.» That one thing probably garnered me a thousand phone calls.»

Nicki Minaj’s debut on The Late Late Show was timed to coincide with the release of her new single, «Do We Have A Problem?» The song, which features Lil Baby, was accompanied by a cinematic video directed by Joseph Sikora and Cory Hardrict.

Nicki’s most recent album, Queen, was released in 2018, and to commemorate her return to music, she painted the Clippers’ game at Crypto.com Arena pink and gave unknowing fans a sneak peek at the new track.

Nicki was then treated to a performance of «Super Bass» by the Clippers Spirit squad before being presented with her own personalized jersey. «Do We Have a Problem?» implies that more music is on the way, implying that the Queen has genuinely returned. 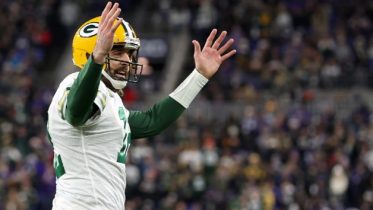 Aaron Rodgers trade rumors: The Packers quarterback is allegedly interested in joining the Titans and has purchased land near Nashville. From the frozen tundra to…