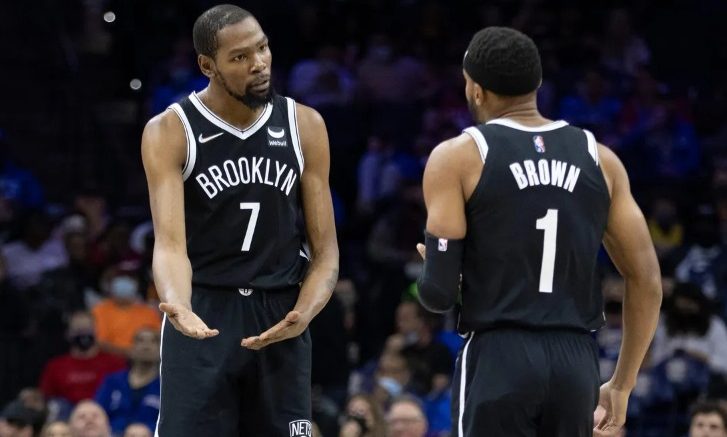 Leave Bruce Brown alone; Kevin Durant’s knee injury was caused by a foul, not a flop.

The Brooklyn Nets have had an up-and-down season, taking one step forward and one step back. Because resident MVP candidate Kevin Durant will be out for the next 4-6 weeks, they may go down, back, and off to the side. The Nets released the results of an MRI today, which revealed that Durant had injured his MCL. ESPN’s Adrian Wojnarowski said that he will be back in 4-6 weeks.

Herbert Jones had the ball on a fast break midway through the second quarter of the Nets’ 120-105 victory over the New Orleans Pelicans when he lowered his shoulder into opposing defender Bruce Brown. Brown lost his footing and rolled against Durant’s leg when Jones made contact. Brown has faced backlash for harming his teammate on social media. Brown flopped needlessly, according to some, especially given he was called for a defensive foul.

Make your own decision, but it appears that the referee missed the call. Brown’s flop is difficult for me to accept considering he wasn’t even in a position to take a charge. Brown was attempting to play defence when Jones slammed his shoulder into Brown’s chest as he raced down the court.

After making contact, Jones’ arm even exits his body. Jones’ «ludicrous arms appear everywhere at once,» ESPN’s Zach Lowe wrote in his Friday piece. Jones may have armed the length of a superhero cape, but that doesn’t give him the right to utilize them like Derrick Henry.

Of course, calling the foul on Jones instead of Brown isn’t a fair trade for losing a month and a half of the season to perhaps the best player in the NBA, but it’s something. It’s a turnover for the Pelicans and a foul on one of their starters in a game the Nets were already going to win, but justice would have been done. Instead, Bruce Brown was hit with a defensive foul when the officials failed to notice a basketball player performing a non-basketball play, as well as a barrage of social media vitriol.

Not only will NBA fans miss Durant in the All-Star Game next month, but the Nets’ rankings may suffer as a result. The Nets haven’t won two games in a row since December 25 and 27. They beat the first-place Chicago Bulls on Wednesday, but rested Durant the next day and fell to the Thunder. The Nets went 2-2 this week and are still a half-game out of first place in the Eastern Conference, while the Miami Heat is a half-game behind them in third.

The Nets will benefit from the fact that 11 of their next 14 games are on the road, in an uncommon twist of fate. That implies that as long as Kyrie Irving stays healthy, he’ll be able to play in the bulk of the team’s next games while Durant is out – now could be a good time to start paying those fines and getting Irving back on the court full-time.

The Nets have their work cut out for them, but if they can avoid the play-in rounds, they’ll have a chance to win it all, especially with Durant, who leads the league with 29.2 points per game, returning after the all-star break. So, people, stay away from Bruce Brown. He’s a hardworking NBA player who can dunk spectacularly. Those players have usually fanned favourites, and when he rolled into Durant, he wasn’t really trying that hard.

Brown must be upset, and as amusing as some of the tweets are, let’s give him a rest.

Be the first to comment on "Leave Bruce Brown alone; Kevin Durant’s knee injury was caused by a foul…" 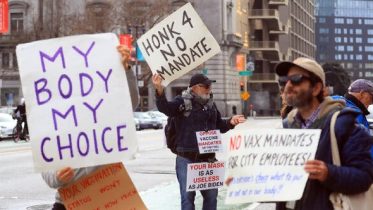