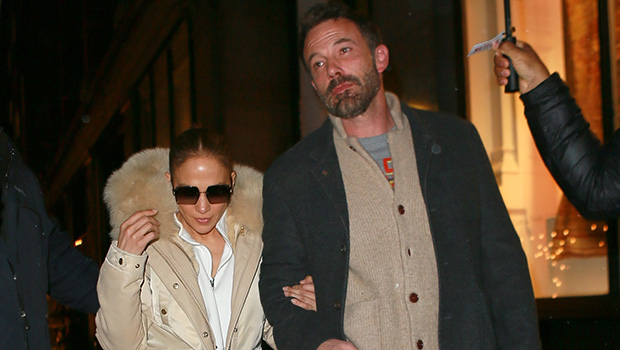 The cute couple wore identical high tops as they snuggled up to each other for their romantic night out in New York.

Still going strong! Jennifer Lopez and Ben Affleck brought their smoldering affair to New York City! The singer, 52, and her actor beau, 49, were spotted out on the town in New York City on Friday (February 4).

The couple, who rekindled their relationship almost 18 years after canceling their engagement, looked every inch in love as they locked arms and couldn’t take their gaze away from one another.

In a white winter jacket with a fur-lined collar, the Marry Me actor dared to dazzle. She stormed the streets in a pair of fresh black-and-white high tops while wearing a simple, yet elegant, white blouse and matching leggings.

Jennifer wore fashionable sunglasses to frame her face, which she accentuated with her characteristic chestnut curls pulled back in a bun. Ben kept it casual and cool in a dark wool jacket and a light cardigan, and he matched his attractive partner’s high tops.

Jennifer’s trip to New York comes after she appeared on the Today show the day before to discuss her new film Marry Me. Savannah Guthrie and Hoda Kotb, of course, were more interested in her recent romantic reconnection with Ben Affleck. Savannah inquired about how the pair reconnected almost 18 years after their previous romance, which included an engagement, ended.

The actress offered to spill the beans «backstage,» but only provided a few specifics. «What we learned the last time is that love is so holy and special when you’re lucky enough to find it, and you have to hold a little piece of that personally, and that’s what we’ve learned, but we’re really happy, if that’s what you’re worried about,» Jennifer explained.

Jennifer Lopez & Ben Affleck Out With Each Other’s Kids Ben, on the other hand, recently opened up about his connection with Jennifer. Ben quipped that he might «write it all down» one day after the reunion, calling it a «wonderful story.»

«I can say that it’s undoubtedly beautiful to me,» he said of reuniting with J.Lo to the Wall Street Journal. «And, you know, it was handled in a way that reflected that, which is something I really appreciate across all aspects of my life now.»

Be the first to comment on "J.Lo wraps herself in a blanket as she joins arms with Ben Affleck in New York City" 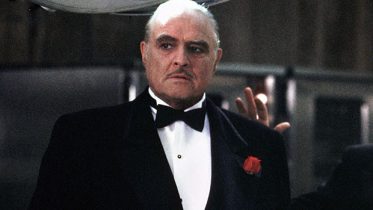 Marlon Brando is still remembered as one of the most famous performers of all time, even after his death. The actor left an illustrious legacy,…

According to the creator of New Oriental, 60,000 people were laid off…