In sultry photos, Hailey Baldwin flaunts her nude bra and underwear as she promotes her new skincare line.

Hailey Bieber showed off her curves in a nude bra and underpants to promote her new skincare line, proving she’s a marketing pro.

«All 2022 has a glazed skin.» «Tell a buddy,» she said in the caption. She zoomed in on herself in each photo. The last photo shows her trying out various skincare items, which could be from her own range. She tagged the line, Rhode, in the third photo. Although there are no postings on the account yet, it already has 49.5k followers.

Hailey has been photographed going to the gym with her friend Bella Hadid, and her hard work is evident. During her New Year’s Eve getaway, the model flaunted her figure in a sultry bikini. She sat down for some leisurely reading in a red flowery bikini. She and her husband Justin Bieber had a lot of fun on the trip, visiting donkeys and sheep.

Her marriage to Justin, by the way, appears to be going well. However, there was a period when Hailey questioned her marriage to the musician because she was having trouble committing to it. «I remember phoning [my mother] a couple of times; one time, we were in Brooklyn, and I was calling her, crying, and saying, ‘I just can’t do it.’ On the In Good Faith With Chelsea & Judah podcast, Hailey said, «There’s no way I’m going to be able to do this if it’s going to be like this forever.»

Be the first to comment on "In sultry photos, Hailey Baldwin flaunts her nude bra and underwear as she promotes…" 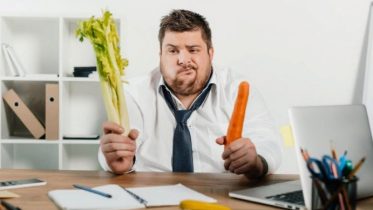 Vegetable consumption is critical for a well-balanced diet and the prevention of a variety of ailments. Is it possible, however, that a high-vegetable diet can…