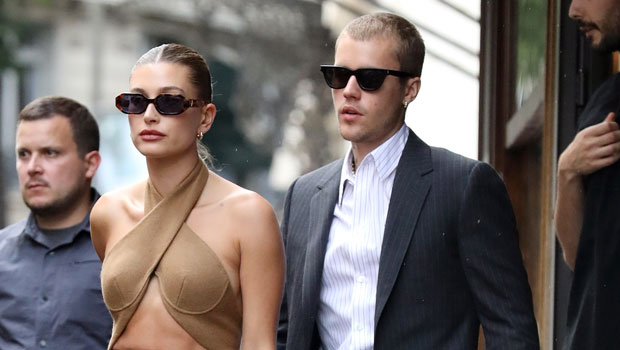 In a video filmed during a game of pool, Justin Bieber and wife Hailey Baldwin flaunted some PDA, with one intimate moment being a soft slap in the behind.

During a recent outing, Justin Bieber, 27, and Hailey Baldwin, 25, showed that they’re still a pair who enjoys having fun and getting cozy with each other. On the night of February 4, the singer and model were seen playing pool at the Hotel Rock Lititz in Lititz, Pennsylvania, and stopped for a PDA-filled break that also included some playfulness.

The doting husband and wife laughed and hugged after throwing air punches at each other in a video posted by TMZ before he gave her a soft slap on the behind.

Justin and Hailey reportedly spent a couple of hours in the pool hall before leaving and had a nice time throughout the date.

The «Baby» singer is said to be in town to record music with the Clair Brothers, and the practice hall there is said to be one of the greatest in the area. Beyonce, BTS, Taylor Swift, U2, Elton John, and Billy Joel have all performed on the show. Prior to their most recent outing, Justin and Hailey made news when Hailey disclosed her and Justin’s future plans to conceive a family.

In a new interview with WSJ. Magazine, she said, «I believe ideally in the next couple of years we would try.» «But, you know, there’s a reason it’s called a try, right?» You have no idea how long that procedure will take.»

When asked if she and Justin may have a child in 2022, she said it was «absolutely» not going to happen. «Definitely no kids this year; I think that would be a little bit chaotic,» she explained.

Justin and Hailey married in September 2018 and have appeared to be inseparable since then. It’s evident that these two are more in love than ever, whether they’re attending elegant or casual events together or posting cuddling photos like the one above.

Be the first to comment on "During a game of pool, Justin Bieber and Hailey Baldwin get playful" 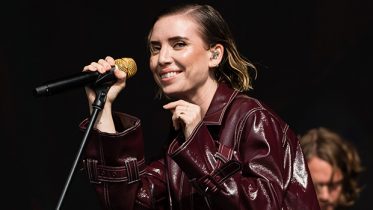 Lykke Li: Here Are 5 Things You Should Know About The Singer Who Is Supposedly Dating Brad Pitt. Lykke Li, a Swedish musician, has been…