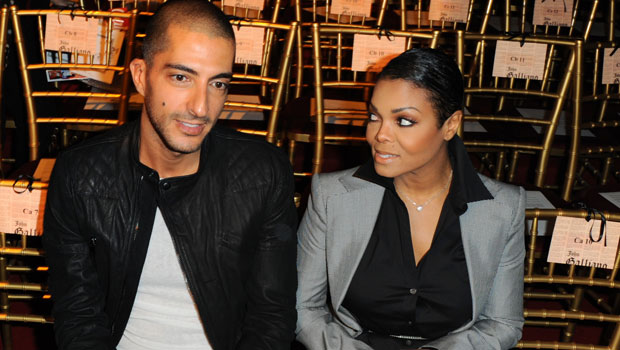 Janet Jackson was married to Wissam Al Mana, with whom she shares five-year-old son Eissa, for five years before they split in 2017. Find out more about the billionaire who once called the talented songstress his ‘wife.’

Janet Jackson, 55, is getting set to release a highly-anticipated documentary about her life and career on Lifetime and A&E on Jan. 28 and at least some of it will feature the various men she’s loved over the years.

One of those includes  Wissam Al Mana, 47, who she married in 2012. Her romance with the billionaire CEO was pretty private, but the “Rhythm Nation” crooner shocked everyone when fans realized they welcomed their son Eissa together in 2017. Just three months later, the lovebirds called it quits and Janet announced the news herself in a rare video she posted to Instagram, which can be seen below.

After raving about their “beautiful, sweet, loving” son in the clip, she said, “I just want to keep it real for you guys for a second – yes I separated from my husband.” She went on to talk about how their figured out details of their divorce in court and added, “The rest is in God’s hands.”

So who exactly is Wissam and what was his background with Janet like? Find out more about him below.

Wissam was born in Qatar but raised in England.

When he was two years old, his family relocated to London, where he spent his childhood and adolescence.

He loved fashion and style from a young age.

He attributes his fashion addiction to growing up in London, where he applied to practically every shop on the city’s affluent Kings Road before landing a weekend job at a boutique there when he was just 14.

Wissam is the owner of a $1 billion fashion enterprise in the Gulf region.

Wissam and Janet married in 2012, although their union was kept a secret for nearly a year.

Before marrying in 2012, the couple dated for several years. Janet kept the union a secret from the rest of the world until exposing it in a 2013 interview. «The speculations of an expensive wedding are just not true,» she remarked. We married last year in a simple, intimate, and lovely ceremony.»

Janet had always been his «ideal woman,» he maintains.

He knew she was the one for him from the moment they met at a Dubai hotel opening in 2010. «I’m fortunate enough to be dating my dream woman,» he told Harper’s Bazaar Arabia in 2011. Awww, and now he’ll be a new daddy to her, too!

Be the first to comment on "Wissam Al Mana: Janet Jackson’s Ex-Husband: 5 Things To Know"