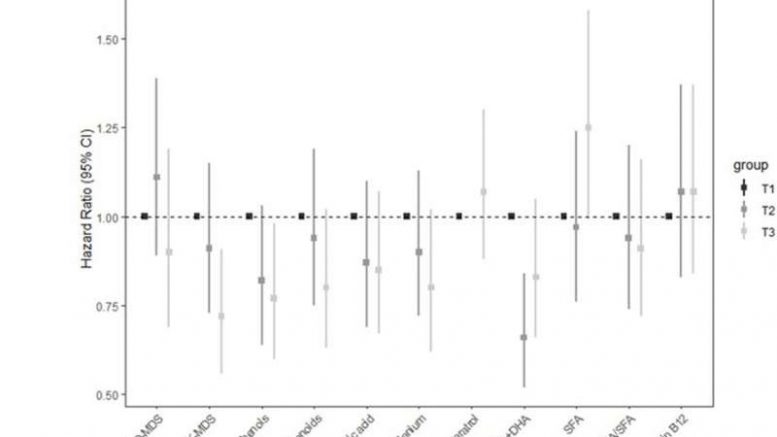 In older persons, a Mediterranean diet has been linked to a lower risk of death.

Higher adherence to the Mediterranean diet, as measured by a biomarker-based index throughout the course of a 20-year scientific study, is linked to a lower mortality rate in persons over 65.

This is one of the main findings of a study led by Cristina Andrés-Lacueva, the head of the Research Group on Biomarkers and Nutritional & Food Metabolomics at the Faculty of Pharmacy and Food Sciences at the University of Barcelona (UB) and the CIBER on Fragility and Healthy Ageing (CIBERFES), which is also part of the Catalan Food Innovation Network (XIA).

The study was conducted in partnership with the National Institute on Aging (NIA) of the United States and published in the journal BCM Medicine. The findings suggest that analyzing dietary indicators in plasma and urine can help with personalized food assessment in the elderly. The research is based on the InCHIANTI project, which took place in the Tuscany area of Italy over a 20-year period and included 642 people (56 percent women) aged 65 and up, allowing researchers to collect comprehensive data on food biomarkers.

«We build an index of dietary biomarkers based on food groups that are part of the Mediterranean diet, and we examine their association with mortality,» says UB Professor Cristina Andrés-Lacueva, director of the research group in CIBERFES.

Total polyphenols and resveratrol metabolites (from grape ingestion) were present in plasma, plasma carotenoids, selenium, vitamin B12, fatty acids, and their proportion of monounsaturated and saturated fatty acids were chosen as the study’s reference levels in the urine. They looked examined the links between the Mediterranean diet index and the food-frequency questionnaire (FFQ) and mortality using a prediction model.

There were 425 deaths throughout the course of the 20-year monitoring period (139 due to cardiovascular diseases and 89 due to cancer-related causes). The score of the Mediterranean diet utilizing biomarkers was found to be inversely related to all causes of mortality when the models were examined.

The use of dietary biomarkers to improve nutritional evaluation and drive a tailored assessment for older adults is highlighted in this study. The researchers «confirm that an adherence to the Mediterranean diet assessed by a panel of dietary biomarkers is inversely associated with long-term mortality in older adults, which supports the use of these biomarkers in monitoring evaluations to study the health benefits associated with the Mediterranean diet,» according to UB CIBERFES researcher Tomás Meroo, co-first signatory of the study.

Be the first to comment on "In older persons, a Mediterranean diet has been linked to a lower risk…"