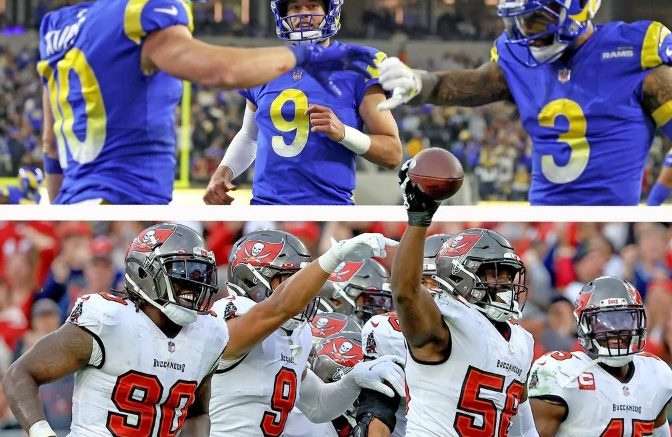 The Rams and Buccaneers have been acting as if they’re LeBron James and have just arrived in Los Angeles for the past two years. While the Bucs signed their big-name quarterback, the Rams refinanced their future by trading for Matthew Stafford.

Whether it’s an aging quarterback who will ultimately fall off or a future without draft resources, these teams are reaching the end of their current incarnations. For the past decade, Tom Brady has been in win-now mode, and the Buccaneers have joined him. After owner Stan Kroenke suddenly rediscovered his checkbook after the team’s transfer from St. Louis, the Rams have taken a similar method.

And both are attempting to fill in the roster gaps with big, broken down names – Eric Weddle came out of retirement to play 19 snaps for the Rams against Arizona, while Richard Sherman of the Bucs is now demoted to a glorified coach after an injury terminated his on-field season.

The number of ring chasers a team signs now indicates how serious they are about winning. (*cough* Lakers, *cough* Nets) Ndamukong Suh even went from being a ring chaser with the Los Angeles Rams to become a ring winner in Tampa.

The Rams front management and coach Sean McVay bought Stafford exclusively to win a Super Bowl, something they couldn’t do with Jared Goff when they met Brady in New England. Von Miller had a ring, so he’s not technically a ring chaser, but I’m at the point where you’re a ring chaser if you’re rushing from buffet to buffet like an insatiable child.

Brady’s only objective in life is to play as long as he can, and he’ll sign any player and hire any trainer to help him attain football immortality, regardless of the blood oath he takes. His skull would implode if he had to choose between Brown and Alex Guerrero. When was the last time he ate meals that ordinary folks ate? 2011?

When this hedonistic approach catches up with these franchises, how long will it take before they’re good again? The Rams and Buccaneers last clashed in the NFC Championship Game in 1980 and 2000, so if history is any guide, we won’t see another Buccaneers-Rams playoff matchup until around 2040.

With important matchups between the 49ers and Cowboys, the 49ers and Packers, the Chiefs and Bills, and now this game, this playoffs has felt like a flashback to the 1990s/early 2000s. Despite the fact that there was only one Super Bowl contest in 2000, anything the Greatest Show on Turf performed during their run strikes out as being so spontaneous and entertaining.

The Bucs’ nucleus — Warren Sapp, Derrick Brooks, John Lynch, and others — went on to earn a ring after losing to St. Louis, but the team, like the Rams, struggled to replicate their success once those championship players moved on. Who knows when the current crop of stars for each team will expire, but most are at least halfway through, if not further along, in their NFL careers.

The win at all costs strategy worked for the Broncos and Peyton Manning, the Buccaneers and Tom Brady, the Rams are attempting to make it work with Stafford, and it appears that more teams will try it as they try to sway Russell Wilson and Aaron Rodgers with talented wide receivers, carte blanche offers, and playoff-ready defenses.

It’s understandable to cling to the last vestiges of a great quarterback’s career, but I’m not convinced Stafford qualifies. If the Rams do manage to win a championship with him, it will only encourage other teams to take similar chances on excellent players stuck in a poor circumstance who may not be great. Brady and Manning are the best-case situations for such a move, but Brett Favre and Phillip Rivers are the worst-case scenarios.

Because those teams didn’t go to the same lengths as L.A. to get Rivers and Favre, one of these bets hasn’t yet blown up a franchise, but it may in the future. There’s a part of me that wants to see one of these franchises go boom like the Hindenberg, the NFL fandom lobe of my brain that’s been vacant since the Rams left St. Louis.

Could Stafford snag a couple of early interceptions and obliterate McVay’s and the Rams’ hastily devised schemes? Abso-fucking-lutely. Nothing would make me happier than if Kroenke’s shopping spree turned out to be a waste of money. I mean, I’d be just as happy to see Brady finish a postseason with a couple of broken iPads and a pouty expression, but they already have a ring.

Regardless, I’m not sure who I want to lose more, but I do know that one of these win-now teams will lose now and be primed for the post-LeBron era. Cleveland and Miami are well aware of this, which makes me happy.

Be the first to comment on "In a win-now bowl, the loser faces a bleak future that is rapidly coming" 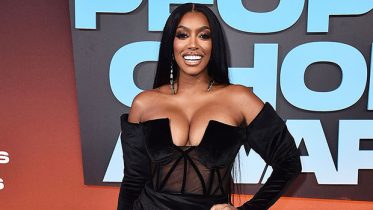 Porsha Williams is the recipient of a $300,000 Rolls-Royce. Simon Guobadia, fiancé On Instagram, the ‘RHOA’ alum flaunted her pricey new gift. It was handed…