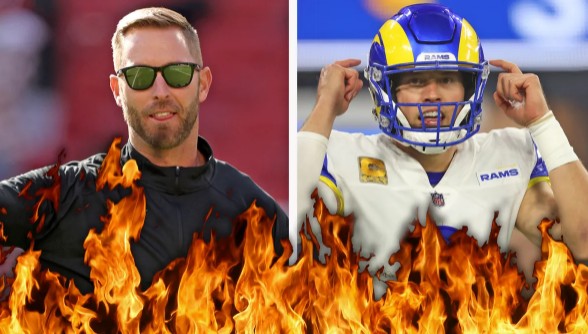 On Monday night, who will take the brunt of the heat: Kliff Kingsbury or Matthew Stafford?

Arizona would now be the NFC West champion if they had defeated the Lions. THE CARDS WOULD HAVE WON THE NFC WEST CHAMPIONSHIP IF THEY HAD BEAT THE 1-11-1 LIONS!

The Cardinals would be NFC West champions right now if they had defeated the Panthers (despite having to do so without Kyler Murray).

The Cardinals would be NFC West champions right now if they had beaten the Seahawks.

What’s the link between all of these games? The Cardinals were heavily trounced by three possessions in each of these games, which were all in the second half against lowly clubs with little to play for. That’s the type of behavior that can lose a head coach his job.

And now supporters are expected to be grateful to Kliff Kingsbury for making the team’s first postseason berth since 2015?

That’s not something I’m willing to believe.

Fans had every reason to be angry with Kingsbury’s sloppy gameplans and lack of preparation in the last month of the regular season, which cost the Cardinals the division title.

Kingsbury has struggled at the end of seasons ever since he became the head coach at Texas Tech. After going 7-0 to start the season, Kingsbury’s Red Raiders dropped five straight games before winning the Holiday Bowl against No. 16 Arizona State.

After opening the season 3-1, they lost six of their final eight games.

After starting 4-1 in 2017, they went on to lose six of their final eight games.

After opening the season 5-2, they lost their next five games.

After starting 3-3-1 in 2019, Kingsbury has lost seven of his past nine games as the head coach of the Arizona Cardinals.

Why is it surprising that after starting 10-2 in 2021, he lost four of his final five games?

Kingsbury’s head coaching career has been defined by this pattern wherever he has been. When you say «28-3,» he starts off hot and then fades as quickly as a Falcons fan’s smile.

Now, Kingsbury must win against Sean McVay, against whom he has a career 1-5 record, or else his seat will get warmer. That’s a lot of pressure, but not nearly as much as Rams quarterback Matthew Stafford will have to deal with.

Consider the stakes for Stafford in this situation. Last year, Jared Goff helped the Rams win a playoff game. With Jared Goff three years ago, they reached the Super Bowl. The Rams’ Super Bowl chances now rest on the shoulders of the guy whose inability to win in the playoffs has characterized his entire career.

After everything the Rams gave up to get Stafford, if he can’t win them a playoff game, the trade was a step backwards. With Stafford at the helm, the team is anticipated to return to Super Bowl contention, but what if they don’t go as far as they did the previous season? That’s a poor showing by the Rams quarterback.

You know there’s a problem when Kelly Stafford makes public pleas for Rams fans not to sell their tickets to Cardinals fans for fear of her husband’s pitch not being heard by the Rams players. She, like her spouse, is most likely jittery about this game. Stafford now has everything he wanted in Detroit: a terrific head coach, a competent defense, a capable offensive line, and a star receiving corps, so he’ll be seeking for any edge he can to prove he’s worth the king’s ransom the Rams paid for him. However, a defeat would imply the inverse.

Yes, Kingsbury should be under scrutiny, but the Cardinals’ historic fall was not completely his responsibility this season. For starters, owing to a ruptured MCL, top receiver DeAndre Hopkins missed the team’s final four regular-season games. The Cardinals are first in the NFL in yards per pass attempt (8.8) and third in EPA per play (8.8) with Hopkins on the field this season (0.21). The squad ranks 16th in yards per attempt (7.0) and 24th in EPA without Hopkins (0.0).

Not to add, the team’s offensive line has been a major worry all season, with Kingsbury and offensive coordinator Vance Joseph needing to use nine different starting O-line combinations due to COVID concerns and other problems.

The anticipated starters from before the season started didn’t see the field until Weeks 15-17. At the same time, starting left tackle D.J. Humphries allowed 23 pressures in his final four games of the season, after allowing only 19 in his first four. While Kingsbury and Joseph might be blamed for some of the poor protection, Humphries must improve.

Kingsbury deserves to be chastised in numerous ways. For example, Cardinals first-round pick Zaven Collins was expected to have an early impact. He only played 20.6 percent of defensive snaps in reality. Kingsbury has a big say in who the Cardinals pick in the draft, which sounds like a bad move after one season (but hey, it happens; just ask any Giants fan). The Cardinals’ collapse at the conclusion of the year, though, appears to be more fluky than anything, given the number of injuries and COVID issues they faced during the regular season.

Even if the Cardinals lose, Kingsbury deserves another chance to show he can finish a season on a high note. The Rams are in win-now mentality, and they can’t afford to be one-and-done with no draft picks in the next two rounds. If there was ever a game that Stafford needed to win, this is it.

Be the first to comment on "On Monday night, who will take the brunt of the heat: Kliff Kingsbury…" 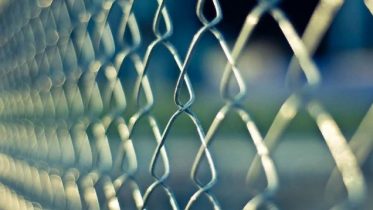 Self-harm is more common among imprisoned women who have been in care as a result of system failures. According to new research performed by Lancaster…