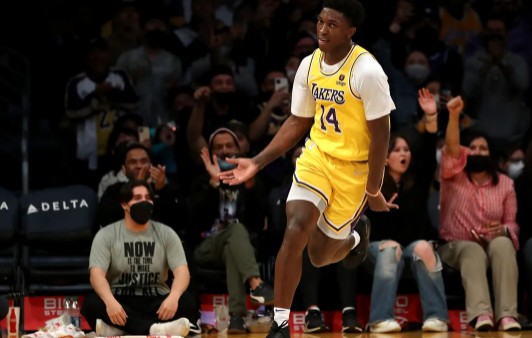 It’s dangerous to make assumptions about Lakers supporters, but in this situation, I’ll give them the benefit of the doubt and presume they understand that Stanley Johnson can’t consistently shoot 7-9 from the field and score 10 points in the fourth quarter.

On Monday night, he was a one-man wrecking crew for the Los Angeles Lakers. The Lakers upset the Utah Jazz, 101-95, thanks to the best player on the court who isn’t LeBron James.

After a humiliating 37-point loss to the Denver Nuggets on Saturday, the Lakers needed this win badly. They didn’t lead after the first quarter and didn’t score 20 points as a team in the third or fourth quarters in the second half. The Lakers lost their third game in a row, and James apologized to Lakers supporters on Twitter after the game.

The Lakers’ executive office recognized Johnson’s beneficial impact and opted to sign him to a third 10-day deal on Monday. During the Lakers’ COVID epidemic, he was signed as a substitute player, but he earned his way to a second 10-day contract. The No. 8 overall choice in the 2015 NBA draft could be the player the Lakers need to turn around their poor 2021-22 season.

Again, Johnson is unlikely to match these offensive stats. Gobert had a bad night, getting dunked on by Russell Westbrook and then failing to keep Johnson away from the basket late in the game. When the Jazz went up in the third quarter, the Lakers’ fourth-quarter run was sparked by James and Johnson’s two-man game. While it won’t happen every night, Johnson’s defensive intensity and hustle can be found on any given night, which is something the Lakers, especially on the perimeter, desperately need.

The Lakers removed two major pieces from one of the finest defenses in the NBA by dealing Kentavious Caldwell-Pope and allowing Alex Caruso to join with the Chicago Bulls in free agency. Although their offense has struggled in recent years, they have LeBron James in the fourth quarter if their defense can keep the game close.

The Lakers’ defensive rating this season is 110.1 points per 100 possessions, which ranks them 17th in the league. They haven’t been this terrible since the 2016-17 season, when they were the worst in the NBA following the late Kobe Bryant’s retirement.

On the perimeter, Johnson gives the Lakers some much-needed length and agility. He had two blocks, a steal, and his defense was key in keeping the NBA’s highest offensive rating under 100 points. On defense, he was all over the place.

While he hasn’t been recognized as a defensive stopper in his early career, the Lakers didn’t give up 125 points in three straight games during that three-game period when he was averaging 21.1 minutes per game, as they did during their three-game losing streak.

In addition, his general energy is as important to the Lakers as his perimeter length. The most crucial play of the game was his toe tapping offensive rebound and assist late in the fourth quarter.

The return of Anthony Davis will be a significant boost to the defense, and with Johnson playing at 100%, the Lakers may be able to at least shore up that side of the ball. Their offense isn’t going to morph into a juggernaut with trade deadline moves, but Johnson’s vigor is much needed on a club that has a lot of players over the age of 30.

If Johnson maintains healthy for the remainder of this 10-day contract, the Lakers’ decision will be simple. Try to ride the youth, energy, and desperation of a recent top-10 pick who has been reduced to a COVID replacement player as far as possible away from the play-in tournament.

Be the first to comment on "Can the Lakers’ Stanley Johnson make a difference?" 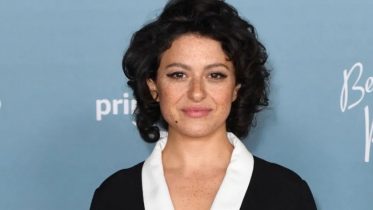 Brad Pitt «had no clue» of the rumours that Alia Shawkat and Brad Pitt were dating, according to Alia Shawkat. In 2019 and 2020, the…