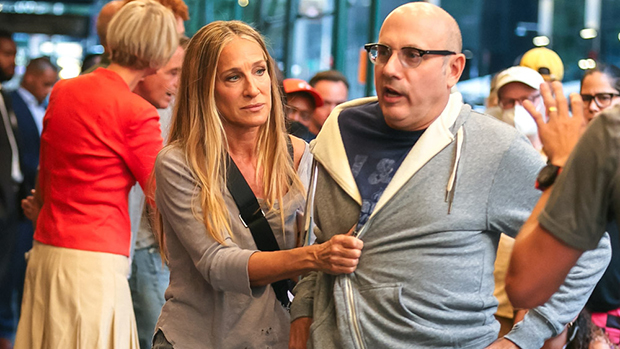 Willie Garson was sick while filming, and Sarah Jessica Parker was the only cast member who knew.

Sarah Jessica Parker said in a new HBO documentary, ‘And Just Like That…,’ that her costar Willie Garson was in ‘severe bodily discomfort’ while filming the ‘Sex and the City reboot.

Sarah Jessica Parker was the only member of the cast of And Just Like That…who was aware that her costar Willie Garson was seriously ill. In September, the late actor who played Stanford Blatch died at the age of 57 after succumbing to pancreatic cancer.

And Just Like That… is a new documentary for the Sex and the City reboot. Willie’s condition was kept a secret from everyone but Sarah, according to Cynthia Nixon, who plays Miranda Hobbes in the documentary premiering Feb. 3.

«The only one who realized he was sick was Sarah Jessica.» Kristin Davis, who portrays Charlotte York Goldenblatt, echoed the feeling, saying, «At one point, Sarah knew and the rest of us didn’t because he didn’t want it to be about that.»

Sarah went on to discuss how Willie kept a brave face while filming during his cancer battle in an emotional conversation. «He would’ve mustered the strength and pushed away from the dreadful anguish that he was in if he could’ve stayed one more day, two more hours, three more weeks.» «I’m talking about physical discomfort,» she explained.

The news comes after Sarah stated the onset of And Just Like That… that she felt «responsible» for Willie’s health. «Knowing he was unwell with that particular, scary diagnosis was nerve-wracking for me.»

«We were a vaccine-mandated production, but a lot of our sequences involved a lot of background players, and I was worried about Willie keeping as healthy as possible while shooting,» Sarah recalled in an interview with Vulture.

«I couldn’t tell anyone about it.» «I’d just keep track of him, and in some ways, I felt responsible for his health and well-being on set,» she explained. «Whenever I had free time, I sat with him and talked to him.» He was a true raconteur, a well-known storyteller.»