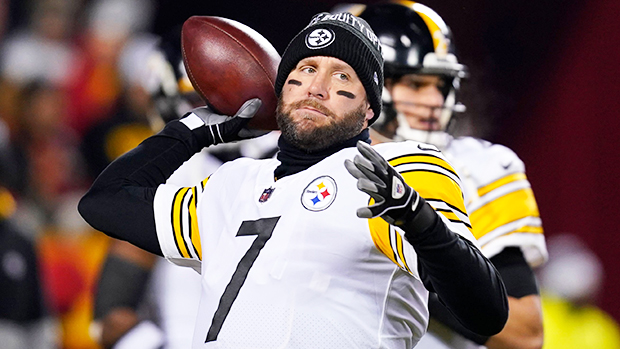 Big Ben has been decommissioned! After 18 years with the Pittsburgh Steelers, Ben Roethlisberger announced his retirement from the NFL. Here are five things you should know about the Super Bowl champion who set a new record.

Steeler Nation is in mourning today! On Thursday (January 27), Ben Roethlisberger, 39, announced his retirement from the Pittsburgh Steelers following an 18-year stint with the organization, making him the longest-serving quarterback in NFL history.

Ben thanked his family and supporters for their love and support during his time with the Steelers in an emotional tweet (below), adding, «Football is a gift and I thank God for allowing me to play it.»

Ben, the No. 11 overall pick in the 2004 NFL draft out of Miami University of Ohio, ranks sixth in NFL history with 64,088 passing yards and eighth with 418 touchdown passes. Continue reading below to learn more about the renowned quarterback.

Ben idolizes John Elway, the renowned quarterback for the Denver Broncos, and he is frequently compared to him. Both have comparable methods and styles when it comes to playing. In honor of John, Ben even donned the number 7.

2. For the Yellow and Black, Big Ben was a Ride or Die situation.

Ben bleeds yellow and black, despite growing up in Ohio and idolizing a Bronco. Ben was picked by the Pittsburgh Steelers as a college junior in 2004. Ben signed an eight-year, $102 million contract with the Steelers in 2008, expressing his desire to retire as a Steeler! In order to return to the Steelers in 2021, he even took a pay reduction!

He presently holds the 9th highest Passer Rating of all time. He’s one of only six quarterbacks in NFL history to defeat at least 31 different opponents. Furthermore, he holds the record for being the youngest starting quarterback to win the Super Bowl, having done so in both 2006 and 2009! He even broke Terry Bradshaw’s record for most throwing yards set by the Steelers in 2011.

4. Ben is a volunteer for a charity.

The Ben Roethlisberger Foundation encourages the use of assistance dogs by police and fire agencies. Ben also contributed $100,000 to help finance police dogs in Pittsburgh. Ben also donated a game’s salary to the tsunami recovery efforts in the Indian Ocean in 2004.

5. Big Ben has been accused of sexual assault on two separate occasions.

Andrea McNulty filed a civil claim against Ben in 2009, alleging that he sexually abused her in a hotel room in Lake Tahoe in 2008. Due to a lack of evidence, Andrea was unable to pursue criminal charges, and one of her coworkers testified that Andrea boasted about having consensual intercourse with Ben.

Ben was investigated in 2010 for allegedly sexually assaulting a George College & State University student in the washroom of a Milledgeville, Georgia nightclub. Ben would not be charged, according to the district attorney, since they could not «establish guilt beyond a reasonable doubt.

» Despite the fact that he was not in trouble with the law, Ben was suspended for six games and required to undergo a «professional behavior evaluation» by the NFL. Since then, Ben has stayed out of trouble.