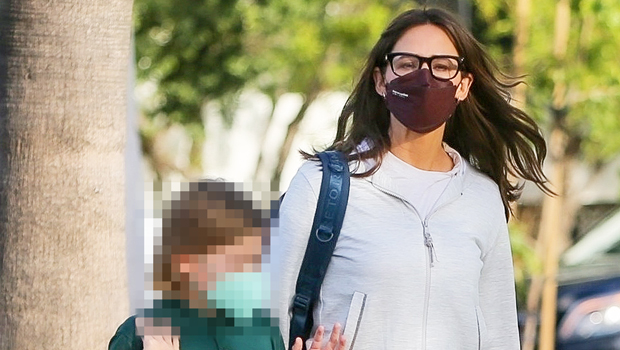 Jennifer Garner picks up her 9-year-old son Samuel from school and holds his hand.

It’s no longer school! Jennifer Garner was seen picking up her kid Samuel from school wearing a sweater, trousers, and a mask.

Even celebrities must pick up their children from school.

On Tuesday, January 10, Jennifer Garner, 49, was seen grabbing her 9-year-old son Samuel Garner Affleck. She was dressed casually in a grey sweater, trousers, and sneakers as she walked hand-in-hand with her kid, his rucksack slung over one of her shoulders.

She wore a brown mask and spectacles to complete her look. Samuel was dressed in a green polo shirt and khakis that looked like a school uniform, and he was holding on to his jacket and hoodie.

Samuel gestured as if he were sharing a narrative about his day at school in another image. He passed his sweater and lunch box to mum, who was carrying them for him, at some point during their stroll. Jennifer and Samuel have been spending a lot of time together lately, and they spent the weekend having lunch together.

The Elektra star has been spending a lot of time with her children, whom she has with her ex-husband Ben Affleck, 49. Jennifer was spotted taking her daughter Violet Affleck, 16, to driving lessons on November 28, 2021. Jennifer spoke with Violet and her driving teacher in a blue T-shirt and jeans before getting behind the wheel.

She went on a walk with Violet, Samuel, and her third child, Serephina Rose Elizabeth Affleck, on December 14. On the walk to school, the Texas native smiled and spoke with her children in a beige jacket, thick-rimmed glasses, and jeans.

Despite the fact that the Yes Day actress and Ben separated in 2015 and divorced in 2018, their relationship has resurfaced after Ben began dating Jennifer Lopez. Fans know her as Bennifer. The couple started dating in 2002 and even got engaged, but they eventually broke up in 2004. Bennifer is back and better than ever after 17 years.

After being thrown back into the spotlight, the Tender Bar star opened out more about his alcoholism, even claiming that his marriage to Jennifer Garner had a role. During his interview on The Howard Stern Show, he claimed, «Part of why I started drinking was because I was stuck.» «I was like, ‘I can’t leave because of my children, but I’m unhappy, what should I do?’ And what I did was drink a bottle of scotch and pass out on the couch, which proved to be ineffective.» 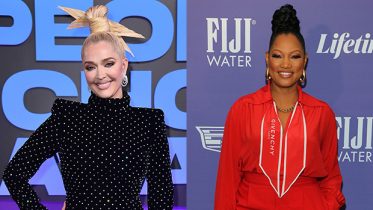 While filming ‘RHOBH,’ Erika Jayne reacts after Garcelle Beauvais unfollows her on Instagram. Is there a new squabble brewing in Beverly Hills? Erika Jayne, of…