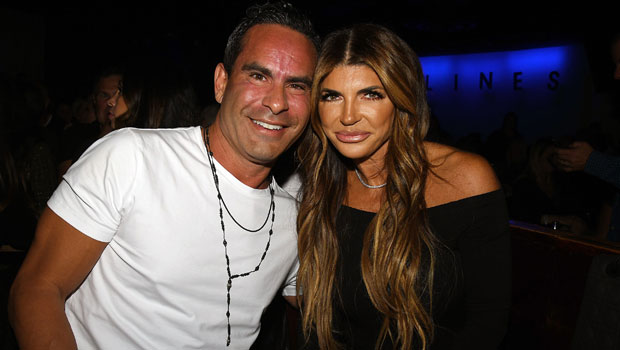 Fiance of Teresa Giudice Everything You Need to Know About Luis Ruelas’ Video Controversy.

In the first episode of Season 12 of ‘The Real Housewives of New Jersey,’ Teresa Giudice’s relationship with Luis Ruelas was called into question. Here’s everything you need to know about a rediscovered Luis video and why it’s so important to Teresa’s co-stars.

Teresa Giudice’s relationship with fiancé Luis Ruelas was the main focus of the 12th season of The Real Housewives of New Jersey, which aired on Feb. 1. Margaret Josephs brought up a resurfaced video of Luis during a confessional, citing it as a major «red flag» for Teresa to be aware of in her relationship with the businessman.

So, what was the point of the «unsettling» video, as Jackie Goldschneider put it? Below, we go into the specifics of the web footage and how it might affect Teresa this season.

The origins of the ‘Videogate’ scandal

During the summer of 2021, a previous video of Luis reappeared on Reddit, sparking the entire saga. Luis was surrounded by a bevy of shirtless males he referred to as «brothers» in the video and addressed a «coach Kevin» during what appeared to be some sort of retreat.

«I hope that this hits your heart well and you understand where I’m coming from,» Luis said, adding, «and I hope to come home to you and be able to have a chance, an opportunity, to talk to you and share with you my experience in my life.» Luis has previously been accused of mistreating his ex-girlfriends.

Luis yelled, «I love you,» after his «brothers» around him pushed him to speak from his «heart.» I’m sorry I made mistakes and held back and kept my truth hidden because I was afraid of other people… I’m sorry if I caused you any discomfort. Thank you for your patience with me and for seeing the man in me.»

Teresa’s fans begged her to rethink her connection with Luis.

As soon as the video became viral, supporters were worried about their RHONJ queen’s safety. What was it that Luis had to apologize for so vehemently, and could that be too much of a «red flag» for Teresa to continue forward in the relationship, as Margaret proposes this season? A user said, «I feel like this is what they display at the opening of an episode of Dateline.» Another user wrote, «What the F did I just watch???» «Run, Teresa, RUN!!» says the narrator.

Another fan joked, «This will surely be re-enacted in Dirty John season 3,» referring to the Bravo show that features true-life crime stories. «What in the world is this, Dirty John?! Another fan expressed his dissatisfaction by saying, «I’m uneasy.»

Despite the fact that Bravo fans like these have believed Luis is lying about his desire to be in a relationship with Teresa, the mother-of-four has remained defiant. «I’m aware that people make all of these judgments and say all of these things about him on social media. He acts as if he wants to be on TV. He is adamant about not appearing on television. Teresa told Entertainment Tonight in November 2021, «It’s not his thing.»

«They claim the weirdest stuff like he arranged to meet me that day [at the Jersey Shore].» No, he had no idea who I was, and he’d never gone to the Jersey Shore before; it was his first time. «And it’s insane,» she added. «All I want is for folks to leave us alone.» Please leave us alone, anyone who is negative.

Teresa’s cast members have spoken out about the matter in the press several times, in addition to the heated first episode of the season. Marge bringing up her concerns with Luis leads to an ongoing dispute with Teresa and a later «crazy» fight during the girl’s trip in Nashville, according to Jackie, who spoke with HollywoodLife EXCLUSIVELY for Jan. 28 episode of our Pay Attention Puh-Lease! podcast.

«Margaret ventures into areas where the rest of the cast is afraid to tread. Everyone had questions about [Luis] — and rightly so, given the amount of coverage in the media. There was a lot of it on social media as well. Jackie added, «There were a lot of rumors.»

«I don’t believe in rumors because I’ve been damaged by them, but there was a lot out there, and I believe Teresa didn’t want any questions raised.» And I think that kind of hypocrisy irritated a lot of us, especially Margaret, who isn’t afraid of anything.»

Despite Margaret’s misgivings, Teresa’s other co-star and long-time friend, Dolores Catania, stated that her «position» on Luis has not changed. «They’re a happy couple.» Isn’t that sufficient?» In an EXCLUSIVE conversation with HL before of the season, the mother of two said. «As I’ve previously stated, meeting someone at this stage of our lives means meeting someone with a past.

Everybody has been in a relationship where we weren’t all proud of the other person. Some were excellent, while others were not, but you can learn from each one. So, I think of them as an experience that you either learn from or don’t, but I see that they have a great relationship. They have excellent communication skills. She’s overjoyed.»

Teresa’s sister-in-law, Melissa Gorga, is also on her side when it comes to Luis, stating that she prefers to judge Luis based on how he’s acting today in his relationship with Teresa rather than his prior crimes.

«You’d say, ‘Wow, she’s insane,’ based on some of the interactions I’ve had before meeting Joe [Gorga].» With our ex-partners, we all play the fool every now and again. So I decided not to pass judgment on him based on that,» she told Us Weekly. «I can’t say that all of my castmates agree with me on that — some of them want to go all out and keep questioning, which, of course, generates turmoil.» 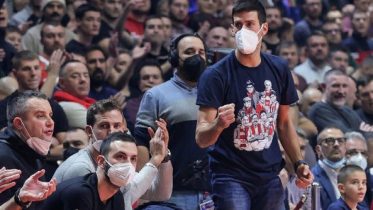