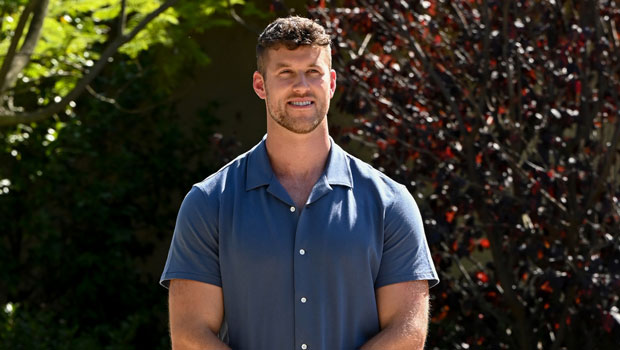 Cassidy received a group date rose on ‘The Bachelor,’ but Clayton considered returning it once Clayton learned of her stunning secret.

On the January 10 episode of The Bachelor, Cassidy Timbrooks’ friendship with a man back home threatened to send her leaving. Clayton Echard’s first group date of the night included Cassidy as one of the women. She and the other ladies assisted Hilary Duff with the planning of a children’s birthday party.

Cassidy, on the other hand, rapidly showed that she was far more interested in spending time alone with Clayton than in participating in the activities she was assigned. «Fuck the kids,» Cassidy declared. «I can’t wait to rub elbows with Hilary Duff alongside my man Clayton.»

Cassidy had her sights set on some alone time with Clayton as the other women helped set up the party. She abandoned her appointed duties and approached Clayton for a private conversation. She insisted, «I’m here to date Clayotn.» «I’m not here to make a playhouse; I’m here to make a connection.» Clayton and Cassidy made out during their one-on-one time. Meanwhile, the other girls began to resent Cassidy for monopolizing Clayton’s time.

Cassidy thereafter continued to neglect the youngsters in order to speak with Hilary. Hilary and the kids both saw right through her. «I see what Cassidy is up to,» Hilary acknowledged. «She’s got her sights set on the prize.» I don’t think it’ll win her any friends here, but I don’t think she cares.» Cassidy drew Clayton aside for another make-out session at the conclusion of the day, enraging the other girls even more.

Cassidy stated during the nighttime portion of the date that she was confident she would receive the group date rose. Some of the other women expressed their displeasure with her behaviour on the date, but she stood firm in her defence. She raged, «The females are coming at me about streamers and cake as if that means anything in this.» «I haven’t broken any rules.» In reality, I’ve done everything correctly. I’m concentrating on my relationship with Clayton. I’m not going to apologize for Clayton and me having a strong connection and not being hesitant to go after what we want. I’m a threat to them, and they should be.»

Clayton had several interesting conversations with the women on the group date, but in the end, he awarded Cassidy the group date rose, which only added to her arrogance. «You’ve demonstrated that you’re here for me, and you’ve also opened up tonight, which meant a lot to me,» Clayton added as he handed Cassidy the rose. He went on to say that he admired Cassidy’s initiative throughout the day. The other females, needless to say, we’re not pleased.

Cassidy’s arrogance, on the other hand, didn’t take long to catch up with her. Cassidy revealed to Sierra Jackson later in the week about a friends-with-benefits arrangement she had back home. She confessed that she had been dating her «younger» man pal for years and that he had FaceTimed her the night before she met Clayton on The Bachelor.

Sierra took it upon herself to inform Clayton about what was going on. «Obviously, Clayton likes Cassidy,» Sierra explained, «but Clayton wants to know who she truly is.» «She’s a tiny serpent,» says the narrator. Cassidy told me earlier today that she has a f*** pal back home.»

Sierra informed Clayton about the situation during the cocktail function. «Cassidy isn’t the person you think she is,» Sierra explained. «She’s had a group of pals with benefits for a long time. Before she met you, she was FaceTiming him. ‘I’m going to be MIA for a little,’ she stated, and he supposedly responded by saying he intended to do horrible things with her when she returned. So it’s clear that she’s not here for you or to fall in love with you.»

Clayton was speechless and had to step away for a moment to process what was going on. «I’m stunned,» he said. «Having a woman in the house who may or may not have a man on the side is quite upsetting to her.» I’m here to find love, and you’re one of three people with a rose this week, which is extremely wonderful. So it’s a great surprise that this is come up now, especially since I told you I’m looking for something serious. Being rejected is one of my worst worries. The last thing I want to do is fall in love with someone who turns out to be a ruse. This is unquestionably the worst-case situation.»

Clayton then approached host Jesse Palmer and inquired, «Has anyone ever taken a rose back before?» Jesse’s expression of surprise was apparent. However, we’ll have to wait until next week to see if Clayton follows through!