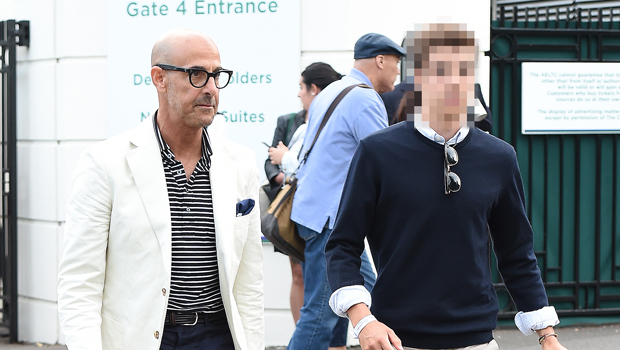 Stanley Tucci has had a varied career as an actor and now as the host of an Emmy Award-winning docuseries. He’s also a proud father of five children! Here’s where you may learn more about his devoted family.

Stanley Tucci is a 61-year-old actor, writer, and producer who has appeared in a number of films since the 1980s. Isabel, Nicolo, Camilla, Matteo, and Emilia are among the five children born to the New York native.

Stanley married Kathryn Spath, a social worker, in 1995, and the couple had twins Isabel and Nicolo in 2000, followed by Camilla in 2002, while also raising her two children from a previous marriage. Stanley became a widower when Kathryn died of breast cancer in 2009. «It’s still difficult after 11 years, it’s still difficult.» And it will always be difficult,» Stanley said in January 2021 on CBS Sunday Morning. «However, you must not allow it… She would never want any of us to dwell in our sorrow and allow it to rule our lives. That is something she would never want. She wasn’t like that in the least.»

Felicity Blunt, a British literary agent whom he met through her younger sister Emily Blunt, aka Stanley’s co-star in 2006’s The Devil Wears Prada, was a lucky find for the host of the Searching For Italy docuseries. In 2010, they met during Emily and John Krasinski’s wedding and married in a civil ceremony in 2012. They now reside in Barnes, London, with their son Matteo and daughter Emilia.

Find out more about Stanley’s adorable family in the video below!

Stanley and Kate’s eldest daughter, Isabel Concetta Tucci, is one of two twins born in January 2000. Isabel has generally avoided the spotlight, only appearing in public with her father on rare occasions. Although nothing is known about Isabel, Stanley had already spoken out about his children, telling The Atlantic in a May 2020 column how the family was coping with the COVID-19 epidemic while under lockdown.

«Cramming all these individuals with varying personalities, ages, needs, wants, and so on into a house for six weeks produces a fascinating dynamic,» the Hunger Games star wrote. «Things have been going smoothly for the most part, which means no one has been murdered yet, though I’m sure one of them is plotting my demise as I type this.»

Nicola Robert Tucci was born in January 2000, together with his sister. He, like his sister, has largely avoided the limelight, however, he may be following in his father’s footsteps as an actor. Stanley’s eldest son made his acting debut in the 2019 TV miniseries MotherFatherSon, according to IMBD.

Stanley discussed his children’s reactions to his presence on film and how they inherited his comedic abilities in a September 2010 interview with Reuters. He told the site, «My kids don’t really want to watch me in movies.» «All they want is for me to be myself.» They’re fantastic kids. They’re fantastic. And they’re all hilarious. Thank you, God.»

Camilla Tucci, born in 2002, is Stanley and Kate’s third child. Camilla, like her twin brother and sister, is relatively unknown, and she prefers to avoid the limelight. She does have an Instagram account, but it is currently set to private.

Stanley and Felicity welcomed their first child, Matteo Oliver Tucci, on January 25, 2015, in London. Stanley told PEOPLE at the time about the now-7-year-arrival, old’s «We are all pleased that he is here and healthy,» Stanley gushed, jokingly adding, «I believe he is mine.»

We’re all happy to welcome him into this brutal, cold world.» Although the Golden Globe winner prefers to keep his family’s life low-key and off social media, he gave fans a unique glimpse into his life with his children while speaking with The Guardian in 2017.

«Fatherhood with our small boy is wonderful, however bending down to pick him up is a little more difficult. ‘Oh, f—k!’ you exclaim. He shouted, «That was quite different 17 years ago!» «However, you now know where to direct your energy, whereas you didn’t when you were younger.» I’m a lot more relaxed these days.»

Emilia Giovanna Tucci, Stanley and Felicity’s second child, was born on April 19, 2018. Stanley spoke to PEOPLE once again about the birth of his daughter, saying that she weighed 6 lbs., 6 oz. «Hopefully she’ll have her mother’s looks and brains, as well as one of my better personalities,» the actor quipped about his 3-year-old daughter.

Be the first to comment on "The Children of Stanley Tucci: Meet the ‘Hunger Games’ Actor’s 5 Children" 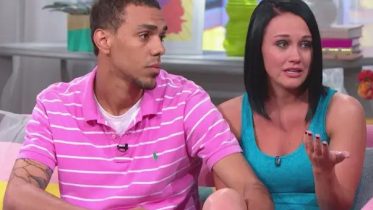 Jordan’s family set up a GoFundMe campaign to gather money for her 6-month-old baby, and in the description, they revealed the cause of Jordan’s death….

In a behind-the-scenes video from the set of ‘Guardians,’ Zoe Saldana…