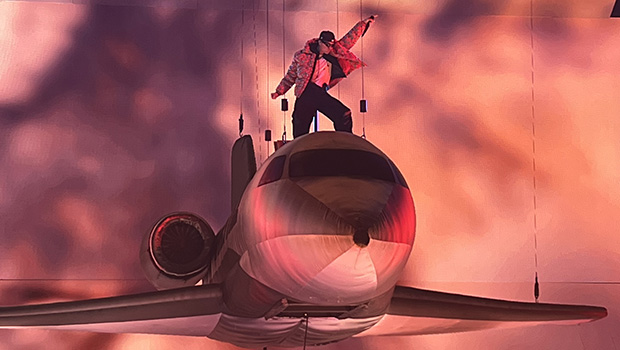 At the first show of his ‘Justice World Tour,’ Justin Bieber flies into the stadium on a dummy jet.

At the long-awaited tour’s San Diego kick-off show, the pop sensation wowed his fans by doing his famous dance routines on top of a jet.

Justin Bieber did not disappoint his fans when he began the «Justice World Tour» in San Diego on Friday (Feb. 18). The 27-year-old worldwide superstar pulled out all the stops for the much-anticipated event, which will take place over 90 times in over 20 countries. One of Justin’s famous dance maneuvers was performed on top of a massive airplane prop dangling from the ceiling far above the Pechanga Arena stage.

Special guests Jaden Smith, Eddie Benjamin, and Téo? joined the «Never Say Never» singer in San Diego. With their own individual chart-topping tunes, the three musicians whipped the crowd into a frenzy, setting Justin up for a spectacular performance.

Throughout the tour, Justin and his A-list pals will not only amuse the crowd but will also raise awareness for a variety of issues. According to Billboard, such causes include criminal justice reform, climate change, and voter registration.

Bieber’s goal, according to Variety, is to «inspire millions of individual actions, connect his fans to important causes, and provide participating groups with a new foundation of supporters, all while registering voters and raising awareness and funds for critical local and national justice efforts.»

The «Justice World Tour,» named after Justin’s most recent album «Justice,» marks the first time the singer has traveled the world since 2017. Some of Justin’s fan favorites will be performed, as well as new songs from his new album, such as «Anyone» and «Peaches.»

Justin announced the rescheduled dates and sites for the world tour in November, which will wrap up in Poland in March 2023. «We’ve put in a lot of effort to put together the best show we’ve ever done, and we can’t wait to share it with our fans all over the world.» «I’ll see you soon,» Justin stated at the time in a statement. 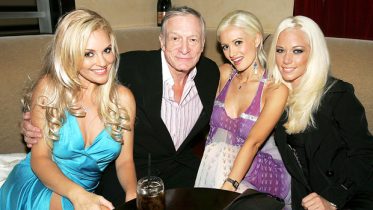 Living in the Playboy Mansion was ‘cult-like,’ according to Holly Madison, and Hugh Hefner was not a ‘kind man.’ Holly Madison has revealed some disturbing…