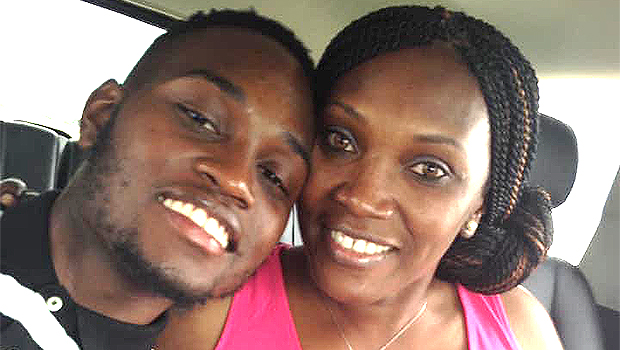 Ahmaud Arbery: Find Out More About Jogger And His Assailants Who Have Been Found Guilty Of Hate Crimes.

Nearly two years after Ahmaud Arbery’s death, his killers were condemned to prison. Learn everything there is to know about Ahmaud and his assassination, which has been dubbed a «modern lynching.»

On the eve of the two-year anniversary of Ahmaud’s death, a panel of 12 people from the United States District Court made their verdict. In the incident, all three guys were found guilty of racial hatred as well as kidnapping. According to the Washington Post, Travis and Gregory were were found guilty of carrying and brandishing a weapon, and Travis was also found guilty of discharging a firearm.

(1/7/22, 3:10 p.m. ET) UPDATE: On Friday, January 7, the killers of Ahmaud Arbery were sentenced. Travis McMichael and his father, Gregory McMichael, were both sentenced to life in jail plus 20 years without the possibility of parole. According to CNN, William «Roddie» Bryan was sentenced to life in prison with the chance of release.

Travis McMichael, Gregory McMichael, and William «Roddie» Bryan have all been convicted of Ahmad’s murder. All three guys were charged with nine counts. Travis was convicted of all nine charges. On eight of the nine accusations, Greg was found guilty. The case of malicious murder was dropped against him. Bryan was acquitted of the charges of malice murder, felony murder, and aggravated assault. According to CNN, he was found guilty on the remaining charges.

NEW: Before sentencing men convicted of Ahmaud Arbery’s murder, judge sits silently for a full minute to represent «a fraction of the time that Ahmaud Arbery was running» from the suspects. pic.twitter.com/S0ryMa0URB

According to TMZ, William Bryan’s attorney has sought to inspect all of Ahmaud Arbery’s probation documents, any medical or mental health records, any juvenile court records, any DCFS records, and any board of education papers, along with a list of around 50 questions for potential jurors.

6/24/2020, 4:08 PM ET UPDATE: A grand jury has indicted Travis McMichael, Gregory McMichael, and William «Roddie» Bryan in the shooting death of Ahmaud Arbery. According to Cobb County DA Joyette Holmes, each defendant faces one count of malice murder, four charges of felony murder, two counts of aggravated assault, one act of false imprisonment, and one count of criminal attempts to commit false imprisonment.

Wanda Cooper-Jones, Ahmaud Arbery’s mother, calls for three men convicted of her son’s murder to be sentenced to life in prison without parole.

Countless celebrities and individuals demanded justice for Ahmaud, who was fatally murdered after being hunted down by Gregory, 64, and his 34-year-old son, Travis. They’ve been apprehended and will be placed into the Glynn County Jail, according to the GBI.

ORIGINAL: On February 23, 2020, Ahmaud Arbery went for a jog and did not return alive. Ahmaud, 25, was sprinting through a quiet Brunswick area when two armed men — Gregory McMichael, 64, and his son, Travis McMichael, 34 — chased him down in a white pickup truck.

According to the Washington Post, Gregory, a former police officer and investigator with the local district attorney’s office, told Glynn County police investigators that Ahmaud (seen above with his mother Wanda Cooper-Jones) matched the description of a suspect in a string of recent break-ins. «Stop, stop, we want to talk to you,» the McMichaels allegedly yelled during the chase.

Gregory states that during a physical altercation, Ahmaud «began to viciously attack» and attempted to fight Travis over his shotgun. Travis is said to have fired his gun, and Ahmaud fell to the ground, dying from his wounds. William «Roddie» Bryan, a neighbor of the McMichaels, filmed the entire murder.

After a smartphone video leaked online on May 5, 2020, the outcry over this case spread across the country. Ahmaud’s family’s lawyers allege that picture depicts his final moments. Ahmaud and the McMichaels had a physical altercation in the graphic footage. Three shots are fired, and Ahmaud can be seen staggering before collapsing. Here’s everything you should know about Ahmaud.

1. Ahmad Arbery was a star athlete in high school.

The New York Times described Ahmaud as a «former high school football standout» who lived with his mother outside of Brunswick. He «loved to be in shape,» according to friends and relatives, and he was frequently seen jogging in and around his neighborhood.

2. The case was handled by an Atlanta prosecutor.

According to the New York Times, the prosecutor for the Brunswick Judicial Circuit recused herself shortly after the shooting since Gregory McMichael was in her office. After Ahmaud’s mother publicly stated that there was a conflict of interest (since George had also worked for the D.A.’s office), the D.A. for Waycross, GA, George E. Barnhill, eventually recused himself.

Mr. Barnhill wrote to the Glynn County Police Department before dropping the case, claiming that there was «insufficient probable cause» to arrest the McMichaels and that they were «authorized to use deadly force» to protect themselves under Georgia law, according to the New York Times.

He also purportedly claimed Ahmaud had previous convictions (the New York Times reports that Ahmaud was convicted of shoplifting and violating probation in 2018 and that in 2013, he was allegedly indicted on charges for taking a handgun to a high school basketball game.) These priors, he noted, could «assist in explaining his seeming violent character and his likely mental pattern to assault an armed man.»

Prosecutor Tom Durden of Georgia’s Atlantic Judicial Circuit was assigned to oversee the case after two prior prosecutors recused themselves. He started a grand jury that should decide if individuals involved in Ahmaud’s death should face criminal charges.

3. His family has described his killing as a «modern lynching.»

In describing the incident, Lee Merritt, an attorney for Arbery’s mother, didn’t shy away from using racially charged words. According to The Guardian, «These men were vigilantes, they were a posse, and they conducted a modern lynching in the middle of the day.»

4. Supporters have run 2.23 miles to show their support.

Despite the fact that the COVID-19 epidemic has put a stop to large-scale protests, individuals have continued to protest the lack of arrests in the case of Ahmaud’s death. #IRunWithMaud has been launched by activists, who have invited supporters to run 2.23 miles (the date of his death) to express their outrage.

5. On social media, a number of celebrities have called for justice for Ahmaud Arbery.

Many people, including LeBron James, are outraged by the assassination of Ahmaud and the lack of action taken by Georgia authorities. «Every day/every time we set foot outside the comfort of our houses, we’re physically chased!» the NBA player captioned a picture of Ahmaud that has gone viral. Naomi Campbell («Please don’t forget this young man’s name Ahmaud Arbery»), Justin Bieber («Praying for the family mourning the loss of Ahmaud Arbery»), and others expressed their outrage. Also praying for justice!»), Justin Timberlake («If you’re not upset yet, you should be»), and others.

The video is clear: Ahmaud Arbery was killed in cold blood. My heart goes out to his family, who deserve justice and deserve it now. It is time for a swift, full, and transparent investigation into his murder. https://t.co/alvY5WjdHx

«What do you see when you look at us?» Gabrielle Union inquired. «We are deserving of serenity, joy, grace, compassion, and every damn protection that comes with being alive.» We’ve long been beyond the point of being sick and exhausted.

May God hold Ahmaud Arbery’s family and loved ones in the light of goodness. We will continue to fight. We are not going to give up. There will be retribution.

In May 2020, President Joe Biden stated, «The footage is clear: Ahmaud Arbery was murdered in cold blood.»

«My heart breaks for his family, who are deserving of justice right now.» It’s past time for a thorough, open, and transparent investigation into his assassination.»