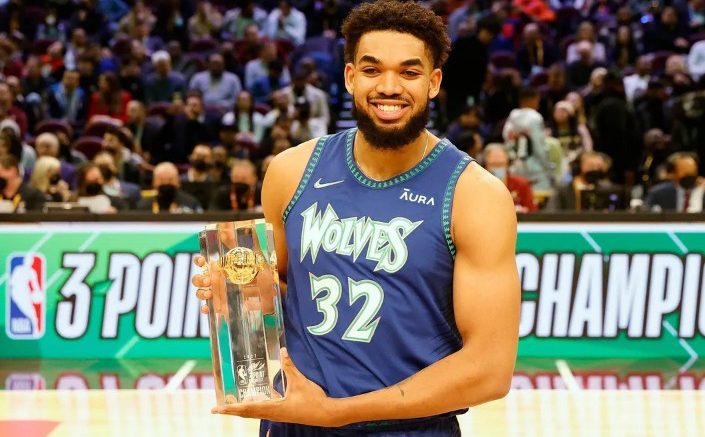 All-Star Game in the NBA Saturday Night was enjoyable, although some modifications would be beneficial.

This year’s NBA All-Star Saturday Night was a blast. While the events themselves were not the most spectacular, they each offered something special to the evening.

With their amazing collaboration, the Cavs won home the Skill Challenge trophies; Karl-Anthony Towns represented the big men and became the first center to win the three-point contest, while Obi Toppin returned to New York City with the slam dunk trophy.

Every year, we all have our own thoughts about All-Star weekend, but the festivities on Saturday night are clearly why fans and artists go. Yes, it was an entertaining evening filled with outrageous remarks and musical performances.

Sunday’s game will most likely be a flashback to the And 1 circuit, where no one dares to say «defense» and players toss alley-oops to themselves off the backboard on fast breaks.

Reggie Miller and Kenny Smith of TNT brought up the possibility of rearranging the Saturday night activities during the dunk contest. Right now, the order isn’t a big deal, but I can appreciate Miller’s point of view.

The 3-point contest, according to Miller, should be the main event of the evening, concluding the program. Of course, Smith, a gifted dunker in his own right, disagreed with Miller’s sentiment.

The dunk contest appears to have peaks and troughs, where it is quite good for two to three years and then becomes mediocre for a few years. The crowd size is a decent indicator of how fantastic a dunk contest is each year.

The Cleveland crowd tried to get involved, but there were too many starts and stops early in the race, and I believe the crowd became restless. This year’s event may have lacked a little in terms of inventiveness as well. All of the dunk attempts that would have blown the roof off Rocket Mortgage FieldHouse were bobbled or rejected by the rim.

Because the dunk contest can be unpredictable from year to year, I believe that rotating which individual competition ends the night would be a great addition to the entire event. So even a minor adjustment, such as sandwiching the Skill challenge between the 3-point and dunk games, would suffice.

The dunk event concludes one year, and the 3-point contest concludes the next. Let it finish off the program for the next couple of years and see how it works, especially because the three-point competition normally has more stars competing in this period.

Then you’d start with a dunk contest to try to get the audience going, followed by the Skill Challenge to calm them down.

Established talents such as KAT (winner), Trae Young, and Zach LaVine competed in the 3-point shootout. That contest might have easily ended the night and been far more exciting than this year’s dunk contest.

Meanwhile, athletes like Toppin, Cole Anthony, Jalen Green, and Juan Toscano-Anderson, who are aspiring stars, generally compete in the dunk contest. The audience just wasn’t into this year’s dunk contest. It’s possible that the scenario will be different in 2023, but a reshuffle of events wouldn’t hurt.

Be the first to comment on "All-Star Game in the NBA Saturday Night was enjoyable, although some…"