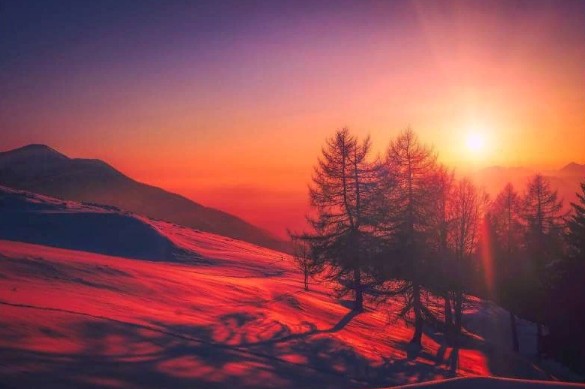 Images of people dying in isolation, unable to be with loved ones during their final hours, are among the most disturbing scenes from the COVID-19 era. A new survey of end-of-life care finds that traumatic deaths were all too common in most parts of the world even before the pandemic.

The study, which will be published in three papers in the Journal of Pain and Symptom Management, assessed 81 nations based on how well their health systems support patients’ physical and mental well-being as they near death. Only six countries received an A, with the remaining 36 receiving Ds or Fs.

The survey results were published in the Journal of Pain and Symptom Management last month, and further information is available on the Lien Centre for Palliative Care’s website, which is part of the Duke-NUS Medical School in Singapore.

The study’s lead author, Eric Finkelstein, a palliative care expert and professor at Duke-NUS and the Duke Global Health Institute in Durham, North Carolina, adds, «Society should also be judged on how well people die.»

«Many people in both the developed and developing worlds die horribly—not in their preferred location, without dignity or compassion, with a poor grasp of their condition, after depleting most of their savings, and frequently with remorse over their treatment course. This is a relatively common occurrence.»

Finkelstein and colleagues polled over 1,200 caregivers from various nations to determine what is most essential to patients at the end of life in order to build the rankings. They then asked 181 palliative care experts from around the world to grade their countries’ health systems based on 13 weighted factors that people frequently mentioned, such as proper pain and comfort management, having a clean and safe space, being treated kindly, and treatments that focus on quality of life rather than just prolonging life.

The study’s highest ranking was achieved by the United Kingdom, which was followed by Ireland, Taiwan, Australia, South Korea, and Costa Rica, all of which received A grades. The US received a C, placing it 43rd out of 81 countries.

Twenty countries received failing ratings at the bottom of the rankings, many of which are low- or middle-income countries with fewer health resources than the top-rated countries.

«Perhaps the most important conclusion from this important exercise is that most people in the world die badly,» says Richard Smith, a palliative care expert and former editor of the British Medical Journal.

«Many die through no treatment at all and many through excessive, often futile treatment that increases suffering.» He and Finkelstein are also members of the Lancet Commission on the Value of Death, a global panel of palliative care experts who will provide recommendations for enhancing end-of-life care later this year.

According to Stephen Connor, executive director of the Worldwide Hospice Palliative Care Alliance and one of the study’s co-authors, it’s no coincidence that most of the survey’s top scorers are wealthy countries with well-funded health systems, while low- and middle-income countries did worse. He points out that «the main need for palliative care is in low and middle-income nations, where fewer than a third of services exist.»

However, both Connor and Finkelstein point to the United States’ mediocre rating as evidence that money doesn’t necessarily ensure attention to end-of-life care. He claims that in the United States, resources are typically spent on last-ditch efforts to prolong life rather than measures to assure a patient’s comfort and quality of life in their final days.

Finkelstein, who is also the director of Duke-NUS’ Lien Centre for Palliative Care, adds, «We spend so much money trying to persuade people to live longer, but we don’t spend enough money helping people die well.» The Lien Foundation, a Singapore-based organization dedicated to enhancing quality of life, funded the study.

The tragic stories of COVID-19 fatalities, in which health care personnel were frequently the only ones allowed to comfort the dying, should refocus attention on end-of-life care, according to Finkelstein.

«People don’t talk about dying very much. COVID has made it less of a taboo subject. We have an opportunity to continue this conversation and assist everyone have a better end-of-life experience, not only COVID patients «he stated

Finkelstein and colleagues hope that the country rankings may prompt authorities to take steps to improve conditions for dying patients, such as relaxing restrictions on pain drugs supplied to individuals near death.

But, as Finkelstein points out, people don’t have to wait for policy changes to take actions to improve their end-of-life care. He encourages people of all ages and health conditions to establish an end-of-life plan and discuss it with their loved ones.

«Make an advanced care plan or at the very least communicate your wishes to friends and family,» he advises. «Don’t put it off. It may be too late by the time you become ill, and people may not understand what you want.»

Be the first to comment on "According to studies, just a few countries provide a good environment to die"

On a cellular level, late-life exercise has restorative effects