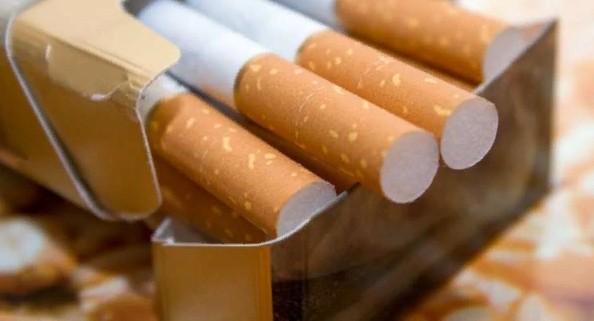 These are the results of our study, which were just published in the journal Economics and Human Biology. Lower socioeconomic groups are more likely to smoke, and their traits (such as weaker IQ and inferior motivation on average) are linked to lower academic performance and greater behavioral disorders in children. Because the sampling of children with lower scores is no longer random, the results may be skewed.

After correcting these issues, our overall conclusion remained the same. This suggests that there is a causal—rather than merely correlational—relationship between parental smoking and children’s academic and behavioral results, based on the model we utilized.

How did we do our research?

We used data from the Longitudinal Study of Australian Children (LSAC), which records children’s growth and well-being starting at birth. It also conducts surveys of them and their parents on a variety of cognitive (academic) and non-cognitive (behavioral) performance metrics, as well as keeping track of other information including their NAPLAN exam scores.

We intended to see how parental smoking affected children’s cognitive and non-cognitive skills while they were young, between the ages of 4 and 14.

In grades 3, 5, 7, and 9, we used the NAPLAN literacy and numeracy exam scores to assess children’s cognitive abilities. We also employed the Peabody Picture Vocabulary Test (PPVT), which is used to assess a child’s receptive vocabulary and knowledge of the meaning of spoken words. When children are 4–9 years old, they are tested as part of the LSAC survey.

Social behavior, hyperactivity or inattention, and peer difficulties are examples of non-cognitive skills. We based our findings on the information provided by parents.

Even when we look at the smoking habits of mothers and fathers separately, our findings are consistent. However, as expected, the effect is stronger for moms. Smoking by mothers during pregnancy has a direct impact on the brain development and birth weight of their children. Poor mental health throughout pregnancy and early childhood may have an impact on cognitive, social, and emotional consequences.

In addition to asthma and ear infections, secondhand smoke exposure in the home can cause a variety of health problems in newborns and children. This could lead to their missing additional school days.

To see if parental smoking and health absenteeism were linked, we examined data from the LSAC survey on the number of school days missed due to illness and children’s physical health exams.

We discovered that children from households with at least one smoker had lower school attendance and poorer physical health, both of which had negative effects on their cognitive and non-cognitive development.

Various variables, such as the frequency or number of cigarettes parents smoked per day, had no effect on our findings.

However, we discovered that parental smoking had a greater impact on boys than on girls. This is in line with mounting evidence suggesting girls are more resistant to environmental stress than boys.

The three channels by which parental smoking influences children’s abilities

There are three ways that parental smoking affects the academic, social, and emotional capacities of children.

The first is that if the mother was a smoker, the child’s health may have been harmed before to delivery. Furthermore, as previously stated, second-hand smoke exposure has a number of detrimental health consequences.

A decrease in home income is the second way that parental smoking affects a child’s learning of cognitive and non-cognitive skills. Tobacco spending has the potential to divert funds from food, education, and health care.

The third pathway argues that a child’s ability to develop skills is influenced by their parents’ cognitive and non-cognitive abilities, which are influenced by their own health and education. Parental smoking can have an impact on their own health, for example, by affecting their respiratory health. This, in turn, may have an impact on how they parent.

The importance of the family environment in early childhood development, which lays the groundwork for long-term health, as well as social and economic success, is highlighted by our findings. Campaigns, programs, and policies aimed at reducing tobacco use should emphasize the unintended consequences of smoking practices on children’s present and future health.