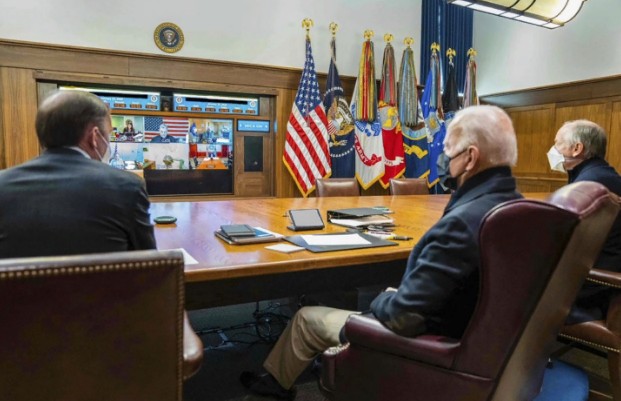 With Taiwan in mind, China is keenly monitoring the United States’ response to Ukraine.

Military analysts and lawmakers say China is keeping a careful eye on how the US responds to the increasing tensions in Eastern Europe.

President Biden has been mobilizing his entire administration and rallying friends for weeks in an attempt to defuse tensions sparked by Russia’s army buildup of over 100,000 troops on its border with Ukraine. However, with Russia refusing to rule out military action against Kyiv, some in Washington are concerned that a weak US and Western reaction will bolster China’s Communist Party and hasten the long-simmering Taiwan standoff.

Last week, Texas Rep. Michael T. McCaul, the top Republican on the House Foreign Affairs Committee, expressed concern that the events in Ukraine have empowered China. He is increasingly concerned that China may make a move for Taiwan after the Winter Olympics in Beijing next month.

«There’s a serious threat there,» said Brent Sadler, Senior Fellow at the Heritage Foundation for Naval Warfare and Advanced Technology. «It all depends on how the United States government and the Biden administration respond to the situation in Ukraine.»

The tumultuous U.S. withdrawal from Afghanistan this summer, as well as Russia’s increasingly belligerent posture toward Ukraine and NATO, highlight a foreign policy truth: positive and negative actions influence international views of power and deterrence.

«You don’t have to be a genius to grasp this,» said John E. Herbst, a former US ambassador to Ukraine who now heads the Atlantic Council’s Eurasia Center.

«If you know pre-World War II history, you know that the international community’s inability to deal, for example, with the Italian invasion and occupation of Ethiopia, or the Japanese occupation of Manchuria, both in the early and mid-1930s, sent messages to Hitler about things he could get away with,» Mr. Herbst said. «Of course, he got away with quite a bit before the war.»

Mr. Herbst believes that failure to react effectively to Russian provocations will have a direct impact on the United States’ worldwide standing.

«At this time, two big nations, China and Russia, are directly undermining the core rules of international order,» he stated. «I concur with many who believe China poses a greater long-term threat. But if we want to lessen the chances of China seizing Taiwan, we need to make Putin’s life miserable as he tries to conquer Ukraine.»

President Biden has emphasized diplomacy in dealing with the problem, warning Russian President Vladimir Putin that if he invades, he will face heavy consequences.

Democrats have sponsored legislation in both the House and Senate that would impose a slew of sanctions if Russia invaded, including restrictions on Russia’s Nord Stream 2 natural gas pipeline and Russian financial institutions. The bill would also provide Ukraine with more security support.

However, others contend that threatening sanctions will do little to stop Russia from invading and that Washington has squandered an opportunity to prevent the war from expanding. Republican lawmakers have been vocal in their demands that the administration adopts a stronger approach, including imposing more penalties before Russian soldiers deploy.

Fears of an impending war have been fueled by the US administration itself: On Sunday, the State Department instructed embassy staff members’ families to leave Ukraine and permitted the departure of some US government personnel. On Monday, the Pentagon put 8,500 troops on alert for possible deployments to Eastern Europe in the event of a confrontation.

Mr. Sadler stated, «It’s a terrible error that we’ve come to this point.» «This administration has done a poor job of communicating our goals and intentions. There should have been more training forces in Ukraine. More materiel should have been made available to Ukraine earlier, and more American and NATO forces should have been stationed in Baltic nations, Romania, and Poland six months ago to demonstrate intent.»

Beijing has mostly remained on the sidelines as the situation has grown, but it has vehemently refuted allegations that it had asked Mr. Putin to postpone any invasion until after the Olympics. According to a Chinese summary of the discussion, Foreign Minister Wang Yi advocated for de-escalation in Eastern Europe during a call with Secretary of State Antony Blinken on Wednesday.

According to Reuters, China’s foreign ministry issued a statement first following the call, saying, «We call on all parties to remain calm and avoid doing actions that raise tensions and hype up the crisis.»

China, on the other hand, has dramatically up its own provocations toward Taiwan in recent months. The People’s Republic of China flew a record 58 warplanes, including 12 nuclear-capable bombers, inside Taiwan’s air defense zone in October. China sent 39 planes into Taiwan earlier this week, the highest intrusion since October.

Despite the flare-up over Ukraine, the US has maintained its pressure on Beijing. According to Rear Adm. Dan Martin, commander of Carrier Strike Group One aboard the USS Carl Vinson, two Navy carrier strike groups are conducting operations in the South China Sea to demonstrate an «overwhelming maritime force, when asked upon, to support a free and open Into-Pacific area.»

But, according to Mr. Herbst, applying pressure in China’s backyard may only be half the battle when it comes to discouraging Beijing.

«If China is your primary concern, you have a vested stake in Putin’s failure in Ukraine,» he remarked.

Be the first to comment on "With Taiwan in mind, China is keenly monitoring the United States’ response…" 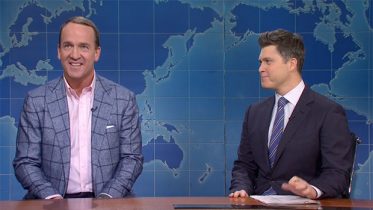 On Saturday Night Live, Peyton Manning compares Tom Brady’s rumored retirement to ‘Emily In Paris.’ Is he there or isn’t he there? While fans are…