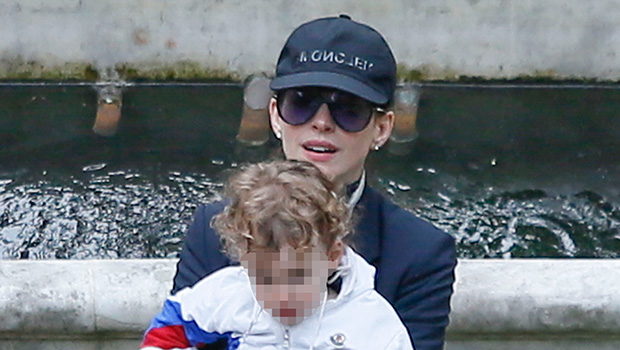 Anne Hathaway and her two-year-old son Jack were seen strolling through the streets of Rome on a European vacation.

Anne Hathaway and her 2-year-old son Jack have been enjoying their European vacation.

On Sunday, Feb. 20, the 39-year-old and her kid were photographed in Rome on vacation. As she carried young Jack, the Princess Diaries actress wore a navy blazer and matching cap, trousers, and large sunglasses. As he relaxed in his mama’s arms, Jack wore a trendy white, red, and blue tri-colored jacket and white slacks.

After that, they were seen walking hand-in-hand by a fountain. Anne’s entire clothing is seen in this photo since she was dressed warmly in a grey sweater and ascot. To keep her hair out of her face, she wore it back in a sleek ponytail. Adam Shulman, her husband, and Jack’s father were not present.

These photos are a rare sighting of the Devil Wears Prada actress with her children, as she rarely posts or is seen with them. In truth, Anne gave birth to Jack in secret in late 2019. No one knew she had given birth until she was photographed holding a baby carrier in Connecticut in December 2019.

She originally revealed her pregnancy in June of this year. She shared a black-and-white mirror selfie of herself in a white flowy tank top that showed off her growing baby bulge. She talked about her difficulties conceiving while announcing her pregnancy.

«It’s not for a film… # 2… All jokes aside, anyone going through infertility or conception hell should know that neither of my pregnancies followed a straight line. She wrote, «Sending you more love.»

Adam is also the father of her older son Jonathan Rosebanks Shulman. With two young children, the couple has their hands full, but they were recently able to get out for a date night. They were seen leaving Soho House in the Meatpacking District in New York City.

Anne wore a sultry black form-fitting little dress, transparent tights, and knee-high boots for the evening. She completed her look with a grey peacoat. In a navy peacoat, black chinos, and black sneakers, Adam looked dapper. 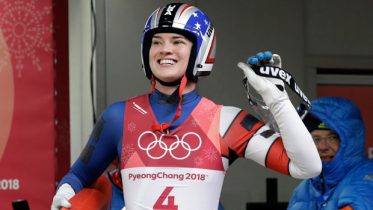 Summer Britcher: 5 Things to Know About a USA Luge Athlete Competing in the Olympics Summer Britcher holds the record for most singles wins in…