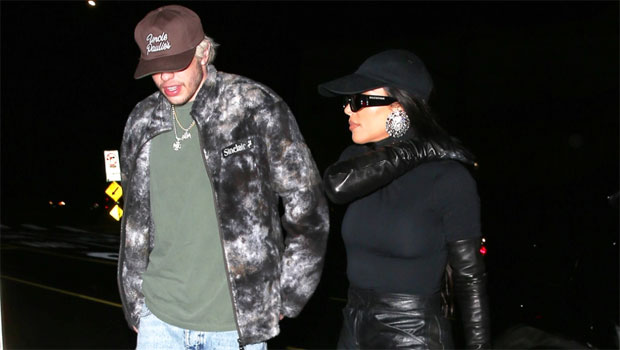 As the A-list couple were photographed in Beverly Hills amid claims that Pete is looking for a place to call home, Kim wore a pair of Vans.

Inseparable! Pete Davidson and Kim Kardashian were caught out together again, this time in identical outfits! On Thursday (January 27), the beauty mogul, 41, and the Saturday Night Live star, 28, enjoyed a sunny outing in Beverly Hills, Los Angeles, where they visited pals. The two wore all-black outfits for the visit, as seen in images obtained from the Daily Mail.

Kim wore a fashionable black sweatshirt with big sleeves and drawstrings to add a sense of luxury to her ensemble. Skin-tight leggings, a pair of hip Van sneakers, and dark sunglasses completed the look. Herr’s raven tresses were tied back into a tight bun, revealing her gorgeous face in full. Pete wore a dark graphic hoodie, black joggers, a pair of slides, and black sunglasses to match.

The appearance in Beverly Hills comes amid allegations that the New York-based comedian was seeking for a home in Los Angeles. The couple appears to be spending more and more time together, so the move makes sense. Kim and Pete reportedly attended a party hosted by Jeff Bezos earlier this week before heading to a Beverly Hills hotel for some alone time. The It couple was also seen having dinner at Quarters Korean BBQ in Los Angeles before heading to an Escape Room for some fun. Kim’s romance with Pete has been heating up, as has her divorce battle with Kanye West. But don’t worry, Kim has her mother, Kris Jenner, on her side. Kim will be fine with Kris in her corner, according to an EXCLUSIVE source told HollywoodLife.

Be the first to comment on "As Their Romance Grows, Kim Kardashian and Pete Davidson Twin In Hoodies" 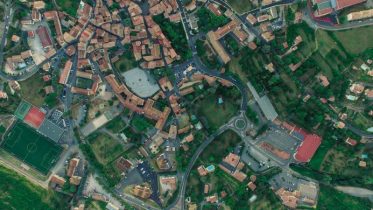 Living in a walkable neighborhood reduces the risk of gaining too much weight during pregnancy. Researchers from Columbia University’s Mailman School of Public Health discovered…