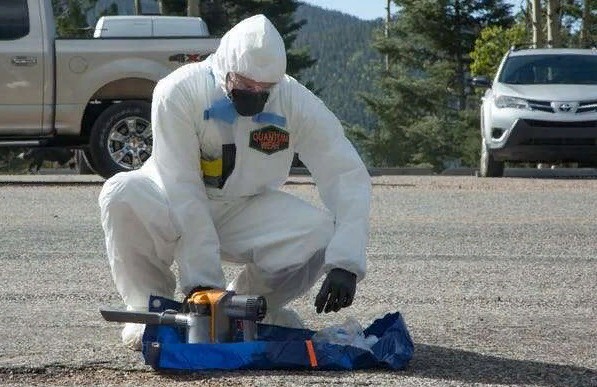 COVID will not make crime go away. How should crime scene investigators be protected?

Travel, hospitality, education, and entertainment may have been restricted by COVID, yet crime scene investigation continues.

As a forensic scientist, researcher, and instructor, I’ve seen firsthand the dangers and difficulties that CSI teams have encountered in the last two years as we battled with the realities of functioning in the face of COVID.

Investigators in CSI units face a particular problem because they frequently operate in tight quarters for lengthy periods of time. Surprisingly, there has been relatively little change to established crime scene procedures up until now.

When COVID first surfaced, guidelines for a forensic autopsy of COVID-positive patients and the management of infected biological samples were soon implemented in a number of nations, but not for CSI methods in general.

What safeguards should CSI teams have in place?

One option is for CSI teams to utilize the same protective precautions that are in place for chemical, biological, radiological, or nuclear disasters.

Those policies were mostly adopted in the aftermath of the 9/11 terrorist attacks, as well as in reaction to broader terrorism concerns that began to arise in the 1990s.

However, these safety procedures are cumbersome, time-consuming, and costly, especially for local and regional law enforcement organizations, and they aren’t always beneficial when dealing with viruses.

Let’s not forget that our law enforcement agencies’ responsibilities extend beyond identifying, obtaining, and producing evidence in criminal court to include a variety of additional activities such as crime prevention and maintaining public order.

Each police agency would have its own forensic agents in an ideal world. However, cops are educated for every role, including collecting forensic evidence, especially in small cities and outlying locations.

Minor offences like burglary and car thefts decreased all over the world during the 2020 lockdowns. However, severe crimes such as homicide and domestic violence did not decrease.

Indeed, COVID may have given rise to new types of cases to investigate, such as mysterious fatalities under hotel quarantine.

COVID appears to be sticking around for a while. So, what is the most cost-effective and practical strategy to protect our CSI teams?

Crime scenes that are COVID-safe

Italy, which has 5.6 million COVID cases and nearly 140,000 deaths, is one location to turn for inspiration.

I presented a world-first set of suggestions with Enrico Di Luise of the Italian Military Police Laboratory of Forensic Biology in Messina to make forensic operations viable across the many phases of crime scene management, from evidence collecting in the field to analysis in the lab.

In a nutshell, our suggestions are as follows:

Call policy of the CSI. To guarantee optimal preparedness, operations call centre workers should be trained to inquire about the victim(s) and other people involved in the case’s health conditions, as well as their travel and contact histories.

Preparation and sanitation of the equipment Any contaminated object at a crime scene have the potential to spread the infection to the rest of the CSI team. Team members should be provided with their own set of equipment, such as briefcases, evidence boxes, chemical reagent sets, and UV torches, to avoid this.

Disposable materials or tools should be treated as medical waste and disposed of in a crime scene designated location. Reusable goods should be disinfected with sanitiser or bleach at the crime scene, and then sterilized a second time at headquarters using mechanical or chemical disinfection, or thermal sterilization in an autoclave. This should be done in a separate room by employees who are wearing proper PPE.

Groups of people who work together. The CSI team should be able to maintain independent forensic capability, including experts in forensic biology, fingerprint analysis, and photography, as well as the ability for one team member to serve as team leader. The only way to keep teams with full operating capability is to do so. Officers should be divided into small, non-interchangeable teams so that if one or more members of one team become ill, another team can step in without exposing the rest of the organization.

At the scene, follow the procedure. CSI operators must treat every crime scene as a «hot zone» regardless of the scenario. It’s critical to keep the number of operators in a room or small location to a minimum at all times. We’ve proposed a new overall plan for dividing crime scenes into distinct zones, which includes one-way paths in and out as well as a designated «clean area.»

Details like time and specific location have rarely been included in normal traceability recordings until recently, but they should now. These characteristics could be crucial in tracking down possibly infected objects.

Be the first to comment on "COVID will not make crime go away. How should crime scene investigators…" 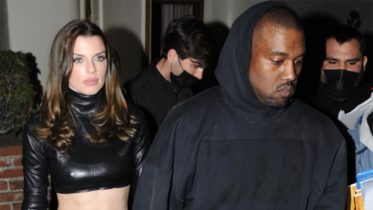 Julia Fox claims she is unconcerned about the ‘attention’ around her relationship with Kanye West. During a new episode of her podcast, Julia Fox spoke…