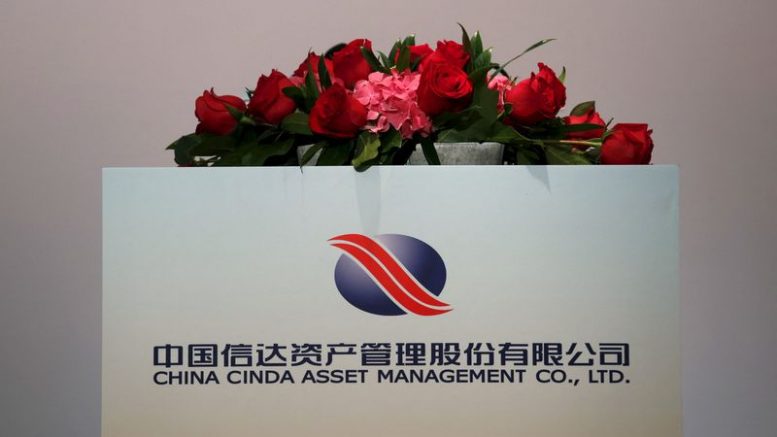 Cinda, under pressure from Beijing, has cancelled a $944 million investment in the Ant business, according to sources.

Because of pressure from state officials, China Cinda Asset Management Co Ltd cancelled a contract to buy a 20% share in Ant Group’s consumer lending unit worth $944 million, according to people familiar with the situation.

Cinda, one of China’s four largest state-owned asset management companies (AMCs), stated on Thursday that the planned Ant investment will be cancelled, without specifying why.

The decision might postpone a regulatory-driven makeover of Ant, an affiliate of Alibaba (NYSE:), and the company’s return to the public market after its $37 billion dual-listing bid in November 2020 was thwarted at the last minute.

Cinda’s critical capital injection into Ant was approved by its primary regulator, the China Banking and Insurance Regulatory Commission (CBIRC), but it did not receive clearance from higher government officials, according to two people familiar with the situation.

According to one of the individuals, China’s State Council, or cabinet, was one of the authorities that questioned Cinda’s attempt to invest in Ant while its primary company was still being restructured, and ultimately denied it.

Concerns that the acquisition would go against the state AMC’s reform orientation, which mandates asset managers to focus on their main business of disposing of defaulted loans and divesting of non-essential assets, prompted the rejection, according to the second source.

Cinda declined to comment on Monday beyond its announcement of the retreat on Thursday, in which it said the decision was made after «prudent commercial deliberation» and «discussion» with Ant’s consumer finance unit.

Ant did not respond to a request for comment from Reuters.

Last Monday, the company stated that it respected Cinda’s «business decision» and that it would «ensure the consumer finance unit’s rectification work» was completed.

Requests for comment to the CBIRC and the State Council Information Office were not immediately returned.

Because of the sensitivity of the situation, the sources declined to be identified.

The Ministry of Finance is the largest shareholder in Cinda, which was founded in Beijing in the late 1990s to handle sour debts at state banks.

Cinda’s stake in Chongqing Ant Consumer Finance Co Ltd would have climbed to 24 percent if the investment plan had been implemented, making the asset manager the company’s second-largest shareholder.

According to Cinda’s filing with the Hong Kong Stock Exchange late last month, Ant would have held a 50% ownership in the unit even after the planned capital raise.

Be the first to comment on "Cinda, under pressure from Beijing, has cancelled a $944 million investment…"

Amy Schumer shares a rare photo of herself and her 2-year-old son, Gene, and…