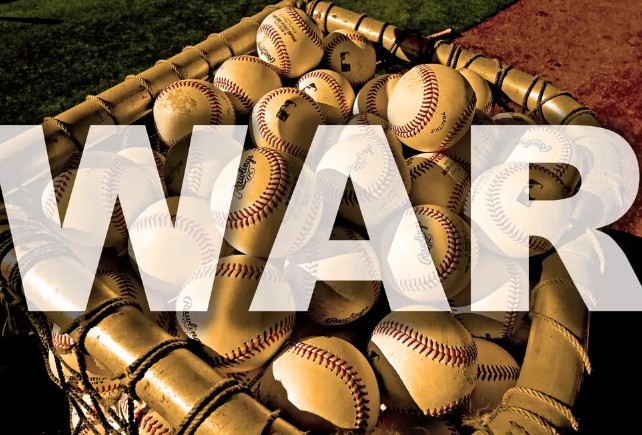 In baseball, advanced analytics is a contentious topic. Some individuals enjoy how the game has been broken down into a series of figures that even casual fans can grasp. Others, though, are not of the same mind.

WAR, or Wins Above Replacement, is the most often used metric today. WAR aspires to be an all-encompassing baseball statistic that measures a player’s contribution to his club over time.

Clearly, the figure is based on the author’s personal opinion rather than any statistical observation. However, it has always been fairly accurate. The league’s best players are always towards the top. The poorest players are always near the bottom of the list. But that didn’t stop baseball columnist Jon Heyman from voicing his displeasure with the situation.

Heyman is correct. WAR isn’t perfect, but it’s a useful tool. Tom Verducci, a respected baseball writer, is even more adamant. WAR has been dubbed a «junk stat» by Verducci since some legends are ranked lower than others who are considered just above average.

As I’ve previously noted in some of my articles, Bobby Abreu has a greater lifetime WAR than both Vlad Guerrero and Ichiro Suzuki, despite the fact that Guerrero and Suzuki were considerably superior players in their primes. Abreu, on the other hand, is not only higher than those two, but also Yogi Berra, Mike Piazza, Joe Torre, Larry Doby, and a slew of other Hall of Famers. So, if Abreu, who has only been nominated to the All-Star team twice in his MLB career, ranks higher than these superstars, CLEARLY wins above replacement is a flawed statistic.

Like hits, home runs, or a pitcher’s wins and losses, career WAR is an accumulative statistic. So, when contrasted to WAR, why are those measures based on a player’s lifespan held in such high regard? Despite playing five fewer seasons than Mark McGwire, no one argues that Frank Robinson has more career home runs. During his career, Omar Vizquel was never a particularly good hitter. People love to point out his 2800+ career hits as a Hall-of-Fame credential, so what makes WAR any different?

You’ll inevitably accumulate some solid foundation numbers if you play long enough, but what will they be? Is WAR useless because it isn’t based on any of those physical statistics? Please get out of here.

Because of the flaws in WAR as a measuring point, Yogi Berra should have placed higher on this list of all-time catchers, according to Heyman’s tweet. Heyman, on the other hand, appears to be unaware that Berra ranks fifth all-time in catcher WAR, ahead of Mike Piazza, who was listed higher in the article Heyman cites. That debunks his claim that Berra’s low WAR was due to WAR.

Johnny Bench, Gary Carter, Iván Rodrguez, and Carlton Fisk, the four players who rank higher than Berra in all-time catcher WAR, all had more career plate appearances than Berra, and guess what? That’s the way WAR is meant to function. Because Berra didn’t have as much plate appearance time as his peers, he didn’t have as much time to increase his WAR. That isn’t to say that Berra isn’t better than Fisk or Abreu; it simply means that the other two players were able to stay on the field longer, increasing their career value.

Why can’t WAR be seen in the same manner that we congratulate players for reaching certain milestones like 500 home runs, 3,000 hits, or even something as little as most games played at shortstop (again, one of the most prevalent arguments for Omar Vizquel’s Hall of Fame induction)? It’s impressive to have 60 career WAR.

It demonstrates a player’s ability to perform at a high level for an extended period of time. It doesn’t necessarily imply that a player with more than 60 WAR is superior to those with fewer, but it is another metric to consider. I don’t think Willie Davis (60.7 career WAR) is better than Andrew McCutchen all-time (46.0 career WAR).

Even if you still believe it’s crazy, if you choose, there are other wonderful sabermetrics that use WAR as a baseline to account for a player’s peak. Take, for example, Jay Jaffe’s JAWS statistic, which compares a player’s career WAR with the best seven-year stretch of their career and utilizes both values to evaluate a player’s ultimate value.

Essentially, if a great player played fewer years than another and as a result had a lower lifetime WAR, JAWS reportedly factors in that first player’s peak and provides a clearer picture of who was the more useful player. When that is taken into account, Berra falls below Mike Piazza in the all-time catcher rankings.

I’m not claiming that WAR is an ideal metric. Neither is JAWS, to be sure, but it’s nasty and arrogant to completely discredit someone’s opinion because they cited a number that has been more or less correct over the years.

That isn’t to say that the analytics aren’t useful. Even though they aren’t tied to any real statistics, they can be wonderful figures for building an argument in defence of any given athlete.

Be the first to comment on "WAR isn’t ideal, but it shouldn’t be dismissed completely" 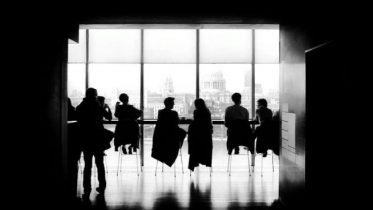 The annual healthcare conference hosted by JPMorgan Chase & Co. in San Francisco, which will end on Thursday, has long been regarded as the industry’s…