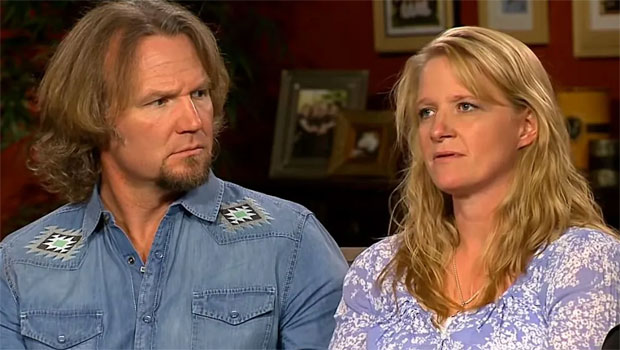 Christine opens up about where she and Kody’s relationship is now in part two of the one-on-one conversations with Kody Brown and his wives on ‘Sister Wives.’

During a one-on-one discussion on Sister Wives on February 6, Christine Brown revealed the status of her relationship with Kody Brown. Christine clarified her position after Robyn Brown stated that she did not believe Christine and Kody to be divorced.

«Technically, they aren’t,» Robyn confessed, «but I don’t know.» «Because their marriage was performed by our church officials, who have yet to issue them a divorce, but I’m not sure.»

Christine, on the other hand, stated that a church blessing is unimportant to her. «Polygamists are welcome to quit our church,» Christine explained. «They aren’t imprisoned. They are free to go if they like, but it is not functioning. They’ll have to go through the necessary channels and procedures, but they should be able to get a release.

Well, I haven’t attended that church in quite some time. I’ve been gone for a long time. I simply have no interest in the church, thus ecclesiastical authorities and such are irrelevant to me. I don’t give a damn. I simply believe that God is fine if all I want is to be happy. So having someone else tell me whether or not my marriage is over makes me just say…no. That isn’t anything I require.»

«Kody and I are divorced,» Christine said when asked about her relationship with Kody. «We’re entirely cut off.» Christine and Kody were never «technically» married, but they were spiritually married from 1994 until their divorce in 2021.

Christine officially decided she wanted out at the end of this season, which was documented in recent seasons of Sister Wives. She moved Kody’s belongings out of the house after he told her he no longer wanted intimacy in their relationship. She announced her separation from her husband to the public at the end of 2021.

Kody also addressed the status of his relationship with Christine as well as Christine’s engagement with the church. He stated, «She doesn’t believe in [the church].» «I’m at ease with where she’s at right now.» God has an uncanny ability to sort things out.

‘No, she won’t go to the afterlife [with me],’ my faith says, but I respond, ‘You’re not in God’s thoughts.’ It’s currently in God’s hands, and I’m not concerned. These things are sorted out by God. She is not a follower of the religion. She’s no longer a member of that faith, and she’s no longer bound by it.»

During the show, Robyn became emotional, breaking down in tears while addressing how Kody’s poor relationships with Christine, Meri Brown, and Janelle Brown were tearing the family apart. Christine felt bad for Robyn, but she knew she had to put her own needs first.

«Robyn is a lovely young lady. «Breaking people’s hearts isn’t fun,» she admitted. «At the end of the day, all I want is for people to be happy and loved.» I knew I was making a heartbreaking decision, and it tore me apart and made me extremely unhappy.»