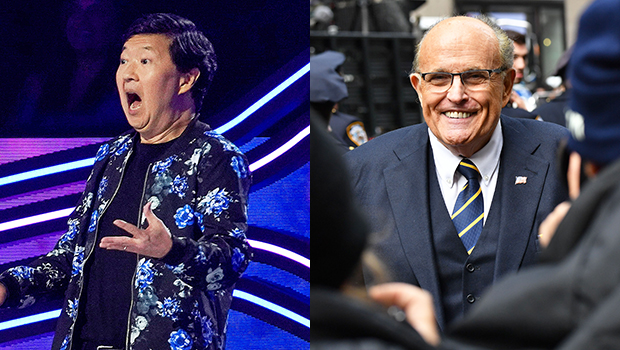 According to a recent allegation, ‘Masked Singer’ panelists Ken Jeong and Robin Thicke walked off the stage ‘in protest’ after the unmasking of discredited former Trump attorney Rudy Giuliani.

Season 7 of The Masked Singer premieres on March 9, and it’s already shaping up to be the most dramatic yet. According to Deadline, Rudy Giuliani, Donald Trump’s former lawyer who attempted to rig the 2020 election and was just subpoenaed by the Jan. 6 committee, was unmasked during a taping of the first season 7 episode. Panelists Ken Jeong and Robin Thicke reportedly «left the stage in protest» after Rudy was revealed.

According to the account, Ken and Robin «finally returned» to set after walking away. Jenny McCarthy and Nicole Scherzinger, who were on the panel with Giuliani, reportedly remained on stage and «bantered with Giuliani.» FOX has declined to comment on the report when contacted by HollywoodLife. Contestants are never confirmed by the network until they appear on the show.

The report sparked outrage on social media, considering the 77-year-old’s baseless claims that the 2020 election was stolen from Trump. Rudy, once “America’s Mayor,” has been a key figure in Trump’s attempt to spread unsubstantiated allegations of voter fraud. Just hours before the Jan. 6 Capitol attack that left 5 dead and over 100 police officers injured, Rudy called for a “trial by combat” during his speech to Trump supporters. He later claimed that his words were not a call to violence but a reference to Game of Thrones.

In June 2021, a New York appellate court temporarily barred Rudy from practicing law in New York because of his false claims about the 2020 election. The court said that Rudy’s actions were an “immediate threat” to the public and that he had “directly inflamed” the tensions that led to the Jan. 6 Capitol riot, The New York Times reported.

This isn’t the first time The Masked Singer has had a polarizing contestant. Former Alaska governor Sarah Palin was revealed as the Bear in season 3. She performed “Baby Got Back” by Sir Mix-A-Lot. (Yes, really.)

In the upcoming seventh season, the competing celebrities will be facing off as The Good, The Bad, or The Cuddly. The show usually split the contestants into Groups A, B, and even C. Season 7 will air Wednesdays on FOX. 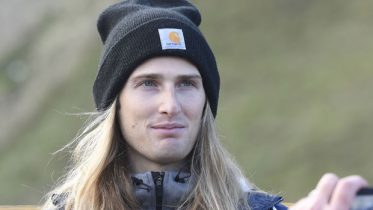 Kevin Bickner: 5 Things To Know About A USA Ski Jumping Athlete Competing In The Olympics Kevin Bickner will compete in ski jumping at the…