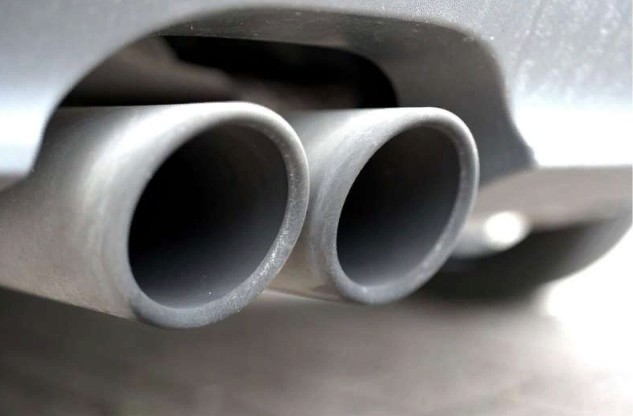 According to research, Chicago ranks third in the United States in terms of mortality and health costs attributable to diesel pollution.

After the economy came to a halt during the early days of the coronavirus pandemic, people all across the world breathed fresher air.

However, the temporary respite from lung-damaging, life-shortening pollution did not extend to Chicago and its suburbs.

According to a new study, there’s a fundamental reason why the city’s unclean air problems persisted while other cities witnessed clear skies for the first time in years: In the Chicago area, one of the country’s largest freight hubs, pollution from diesel vehicles and locomotives scarcely altered.

The cost of inhaling diesel pollutants is enormous. According to the Clean Air Task Force, a Boston-based nonprofit organization, 340 people are anticipated to die next year from diseases triggered or worsened by exposure to soot generated by diesel engines in the metropolitan area that extends from Kenosha to Naperville to Gary.

According to the report, diesel soot costs the region more than $3.7 billion in hidden health expenses each year, based on a computer model built by specialists for the US Environmental Protection Agency.

According to the association, only Los Angeles and New York have more deaths and health costs due to diesel smoke each year.

The group’s director of transportation decarbonization, Jonathan Lewis, said that mapping the health impacts by county and metropolitan area revealed how people who live near interstate highways and freight centers face significantly higher risks than those who live in less congested areas of the country.

«This is yet another reason why we must move to zero-carbon freight carriers as soon as feasible,» Lewis said in an interview on Wednesday. «Of course, reducing climate change is a priority, but we must not overlook the very real, immediate consequences of diesel pollution.»

Illinois appears to be well-positioned to gain from the move away from diesel. The recently passed Clean Energy Jobs Act allocates up to $100 million per year for transportation electrification. Gov. J.B. Pritzker is promoting Illinois as a hub for electric vehicle and battery manufacture, noting the Rivian pickup, SUV, and delivery van factory in Normal, as well as the Lion Electric plant in Joliet, which produces electric school buses.

Pritzker, on the other hand, has opposed joining a multistate agreement that calls for a progressively rising number of electric medium- and heavy-duty trucks on the road.

«If all of these trucks are sold in other states, Illinois would get jobs, but we wouldn’t get the benefits of more electric vehicles cleaning the air and improving health,» said Brian Urbaszewski, director of environmental health for the Respiratory Health Association of Metropolitan Chicago, who noted that Rivian and Lion have urged Pritzker to join the compact.

Federal incentives may be used to encourage manufacturers to replace diesel engines with emissions-free technologies as quickly as possible. President Joe Biden’s Build Back Better Act, which was adopted by the House, includes $170 million to cut diesel emissions, with a focus on aiding low-income neighborhoods hit most by pollution.

Without a microscope, the type of contamination at issue cannot be seen. PM2.5 is a type of particle that is so small that hundreds of them might fit on the period at the end of this sentence.

According to studies, breathing pollution might cause asthma attacks and cardiac difficulties. It can also result in early death.

«Our lungs are intended to face the outside world,» said Dr. Kyle Hogarth, a pulmonary disease expert at the University of Chicago Medicine.

«But the outside world is supposed to include viruses and germs and the odd soot from a fire.» «Diesel particulate matter is precisely the correct size to go deep into your lungs, which are constantly destroyed just by breathing.»

The Clean Air Task Force estimates that diesel pollution causes about 8,800 deaths, 3,700 heart attacks, hundreds of thousands of respiratory diseases, and approximately $1 trillion in health losses per year on a nationwide level.

The findings are similar to those of a 2019 research from the US Environmental Protection Agency, which confirmed that PM2.5 pollution is responsible for thousands of early deaths each year. According to EPA scientists, stricter emission controls could save thousands of lives.

The Trump administration canceled a proposed tightening of federal regulations for industrial pollutants, despite the findings of career EPA workers.

Diesel engines, whether new or remanufactured, must meet more demanding requirements. Older, dirtier diesel equipment, on the other hand, can continue to operate legally.

As a result, even when the air quality in a larger metropolitan region is rated good, specific areas remain pollution hotspots.

According to a 2014 Tribune investigation, roughly 340,000 people live within a half-mile of one of the region’s intermodal terminals, which transfer freight between trains and trucks. More than 80% of the population is Latino or African American.

Researchers from the Environmental Protection Agency discovered pollution levels near a Cicero terminal that were significantly higher than the national norm for urban areas.

Nearby, in Little Village, residents resisted a Target warehouse that brought dozens of more diesel vehicles into the working-class, primarily Latino community.

The trucks navigate and idle on the site of a former coal-fired power station that was one of the city’s largest industrial emitters of soot for decades, according to Kim Wasserman, executive director of the Little Village Environmental Justice Organization.

«Chicago is the crossroads of America,» Wasserman said Wednesday, «but we don’t have somebody overseeing how all of these facilities and all of these trucks affect our health and environment.» «People are hurting, as evidenced by reports like this. It’s past time for those in positions of power to wake up and take action.»

Be the first to comment on "According to research, Chicago ranks third in the United States in terms of…" 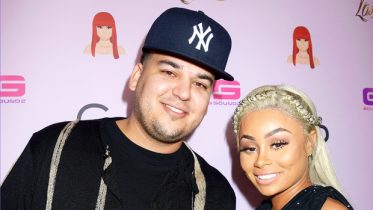 Will Rob Kardashian and Blac Chyna be able to reconcile their differences? Rob has dropped his assault case against his ex-girlfriend, claiming that he needs…