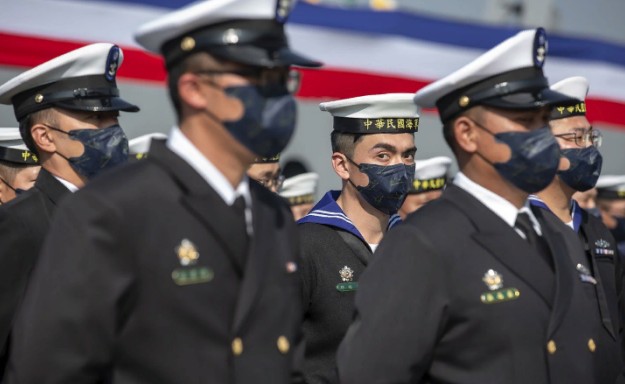 The majority of voters support the United States military defense of Taiwan, but not of Ukraine.

According to a new poll released Friday, most Americans across the political spectrum support military involvement to defend Taiwan against China, but not to defend Ukraine against Russia.

While 58.1 percent of likely voters believe the Biden administration «should utilize US military capabilities to defend Taiwan if Taiwan is invaded by China,» 84.8 percent believe the US should have «minimal involvement» if Russia invades Ukraine, according to the Trafalgar Group poll.

According to the Convention of States Action, a Texas-based states’ rights advocacy group that commissioned the poll, the results imply that most voters perceive China as a greater threat than Russia, notwithstanding current war worries in eastern Europe.

«Voters across the political spectrum support a US military defense of a free and democratic Taiwan, even if it comes at tremendous danger — and potentially a high cost to our country — against China’s escalating menace,» said Mark Meckler, the group’s president.

«However, while people obviously sympathize with Ukraine and support aiding them through diplomacy and other methods, there is little support for military action by the United States if a conflict with Russia arises.»

The Biden administration has threatened strong economic consequences if Russia acts against Ukraine but has ruled out using American military forces to repel an invasion, citing the fact that Ukraine is not a member of NATO.

According to the poll, 31.1 percent of voters say the US should give supplies and military weapons if Russia invades Ukraine, 30.5 percent prefer diplomatic pressure, and 23.2 percent believe the US should provide military advisers. Only 15.3 percent of respondents believed US forces «should be provided as boots on the ground if Russia invades Ukraine.»

Mr. Meckler stated, «Our leaders frequently forget that the American people have considerable intelligence in knowing the nature of threats abroad.»

Meanwhile, according to Trafalgar’s poll, 56.2 percent of likely Democratic voters, 60.8 percent of likely Republican voters, and 57.4 percent of independents support using the US military to defend Taiwan in the event of an invasion by China, whose Communist leaders regard the island democracy as part of China’s sovereign territory.

Since the COVID-19 lockdowns began in March 2020, various research has suggested that Americans have increasingly seen China as a greater danger than Russia.

According to a survey conducted by the Center for Strategic and International Studies in the summer of 2020, 54 percent of Americans viewed China as the greatest threat to the United States, more than double the 22 percent who said Russia was their primary concern. According to the poll, 41% of Americans support military action if China invades Taiwan.

According to a YouGov poll commissioned by the Charles Koch Institute on Dec. 17, 73 percent of Americans of all political stripes want the Biden administration to focus on domestic issues, while only 27% want to go to war to preserve Ukraine. Another 48% of those polled were opposed to going to war with Russia, while 24% were unsure.

Meanwhile, a survey released by Taiwan’s CommonWealth magazine on Jan. 12 indicated that 58.8% of Taiwanese respondents believed the US military would back Taipei in the event of a conflict with China, but that 57.7% did not trust President Biden.

In Friday’s Trafalgar poll, 39.3 percent of respondents identified as Democrats, 35.6 percent as Republicans, and 25.1 percent as independents, mirroring likely voter turnout demographics. The margin of error was 2.98 percent plus or minus. The poll was conducted from January 12 to 14 and included 1,081 probable general election voters.

Be the first to comment on "The majority of voters support the United States’ military defense of Taiwan, but not…"