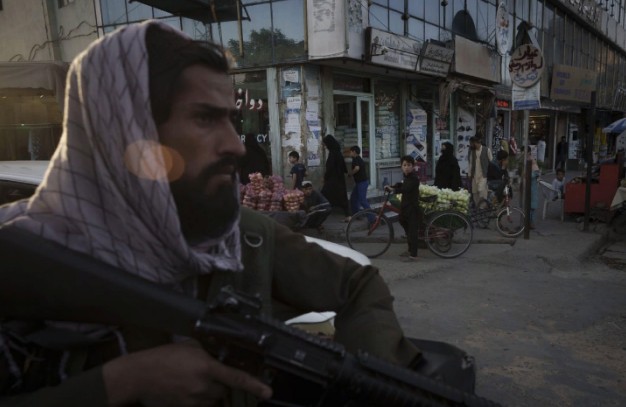 Since the Taliban took control of Afghanistan, 100 ex-afghan officials and security officers have been slain, according to the United Nations.

Since the Taliban seized over the country on Aug. 15, the UN has received «credible claims» that more than 100 former members of the Afghan government, security services, and individuals who cooperated with international troops have been slain, according to UN Secretary-General Antonio Guterres.

Despite the Taliban’s announcement of «general amnesties» for those affiliated with the former government and US-led coalition forces, Guterres said that «more than two-thirds» of the victims were alleged to be the result of extrajudicial killings by the Taliban or its affiliates in a report obtained by The Associated Press on Sunday.

According to Guterres’ report to the UN Security Council, the UN political mission in Afghanistan received «reliable claims of extrajudicial killings of at least 50 persons suspected of membership with ISIL-KP,» the Islamic State terrorist group operating in Afghanistan.

Despite Taliban guarantees, he continued, the United Nations political mission has received serious reports of «enforced disappearances and other breaches compromising the right to life and physical integrity» of former government and coalition members.

He said eight civil society activists were slain, three by the Taliban and three by Islamic State fanatics, and ten were detained, beaten, and threatened by the Taliban. Two journalists were killed, one by IS and the other two by unidentified armed men.

According to the secretary-general, U.N. missions reported 44 incidences of temporary detentions, beatings, and intimidation threats, 42 of which were perpetrated by the Taliban.

As US and NATO soldiers were preparing to leave Afghanistan after 20 years, the Taliban took control of the majority of the country. They invaded Kabul on August 15 without encountering any resistance from the Afghan army or Ashraf Ghani, the country’s president, who fled.

The Taliban initially pledged a general amnesty for former government officials and international forces, as well as tolerance and inclusion for women and ethnic minorities. The Taliban, on the other hand, have reintroduced restrictions on women and created an all-male administration, which has angered the international community.

When the Taliban took power, Afghanistan’s assistance-dependent economy was already in trouble, and the international world froze its assets abroad and cut off help, noting the Taliban’s reputation for cruelty and unwillingness to educate girls and allow women to work during its 1996-2001 administration.

«The situation in Afghanistan remains dangerous and uncertain six months after the Taliban took control as several political, socioeconomic, and humanitarian shocks resonate across the nation,» Guterres said.

He said Afghanistan is currently dealing with a number of issues, including a growing humanitarian crisis, a massive economic contraction, the crippling of its banking and financial systems, the worst drought in 27 years, and the Taliban’s failure to form an inclusive government and restore girls’ and women’s rights to education and work.

Since the Taliban took control, Guterres observed a «significant decrease» in the overall number of conflict-related security incidents as well as civilian casualties. According to him, the United Nations documented 985 security-related occurrences between August 19 and December 31, a 91 percent decrease over the same time in 2020.

According to him, 75 percent of all documented occurrences occurred in the eastern, central, southern, and western regions, with Nangarhar, Kabul, Kunar, and Kandahar being the most conflict-affected provinces.

Despite the decrease in bloodshed, Guterres stated that the Taliban still confront a number of obstacles, including increased attacks on their members.

«Certain are ascribed to the National Resistance Front, which includes some Afghan opposition personalities as well as former government officials,» he said. «These groups have mostly operated in Panjshir Province and Baghlan’s Andarab District, but have not achieved substantial territorial breakthroughs,» according to the report, adding that «armed conflicts, forced relocation, and communication failures are often observed.»

Internal Taliban rivalries along ethnic lines and competition for positions, according to Guterres, have also caused violence, citing armed skirmishes between Taliban forces in Bamyan city on Nov. 4.

In the report, the secretary-general outlined goals for the UN political mission in the current environment, pleaded for international assistance to prevent widespread starvation and the country’s economic collapse, and encouraged the Taliban to respect women’s and human rights.

Be the first to comment on "Since the Taliban took control of Afghanistan, 100 ex-afghan officials and…"