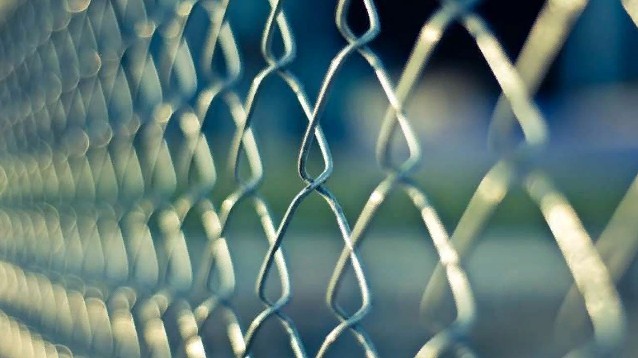 Self-harm is more common among imprisoned women who have been in care as a result of system failures.

According to new research performed by Lancaster University, women in jail who experienced the care system as children use self-harm to communicate, alleviate, and end the anguish in their life.

In England and Wales, self-harm incidences in jail have lately reached an all-time high, notably in women’s prisons. This Nuffield Foundation-funded study reveals the high prevalence of self-harm among women who have previously been in care and were questioned in English prisons.

The research team was able to explore the problem «through a different lens» to acquire a greater knowledge of women’s lives and emphasize how they may have been failed across several systems, sometimes with terrible results, by using past care experience as the underlying thread.

The findings of the study were published today in Criminology & Criminal Justice, the British Society of Criminology’s magazine, in a paper written by Lancaster University, Liverpool John Moores University, and the University of Bristol.

The study urges immediate action to fix systemic flaws that harm persons who have previously been in care.

According to Ministry of Justice data from 2020, self-harm episodes in custody in England and Wales hit a new high of 63,328 instances in the year ending December 2019, up 14% from the previous year.

Despite a long-standing interest in the linkages between self-harm and being in care, as well as self-harm and prison experiences, little is known about the interconnections between the three.

Researchers conducted interviews with women in three closed women’s prisons in England, all of whom had been in care as children.

The majority of the women described abuse, substantial violence, and trauma in their pasts, as well as multiple episodes of victimization throughout their lives.

Self-harm and/or suicide were mentioned by 17 of the 37 women interviewed: Six women indicated being suicidal,’ but it was unclear if they had attempted suicide, and 14 women reported self-harming and/or attempting suicide.

Dr. Claire Fitzpatrick, a Senior Lecturer in Criminology at Lancaster University Law School and the study’s lead author, said: «We had no intention of delving into the topic of self-harm, but it was one that many women chose to discuss. This evidence is quite alarming and emphasizes the need for immediate action.»

Self-harm was described by some women as a way of expressing their distress.

Self-harm became a way for Marlene [not her real name] (38), who was struggling and in need of help, to communicate with prison staff.

«I’ll start crying, then self-harm, then explain,» she explained. «But I don’t know how to say properly, «Look, I’m feeling really down, I’m struggling, and I need support.» That is what I accomplish through my actions.»

Not being heard was a prominent theme among women in both care and jail settings, which could be exacerbated by pain articulation difficulties.

«Self-harm may be a practical alternative to verbal communication for women who are suffering in some way – and care-experienced women with a history of being let down may be especially hesitant to trust the latest authoritative figures involved in their lives,» the journal article states.

Mandy (46), who was taken into care at the age of 11 after being sexually abused by a family member, said she «didn’t want to deal with any authority people at all» after being «passed from pillar to post» in care and sexually molested by a support worker at one children’s home.

Mandy sees her self-harm and offending as a «cry for help» and a way of expressing her suffering.

The women also mentioned that self-harm was used to ‘alleviate pain.’ Individuals attempting to lessen psychological suffering may grow if timely mental health support is not available.

Joanne (39) was placed in six separate foster care and children’s homes after experiencing domestic violence at home when she was 13 years old. She described self-harm as a «control thing» that she used when she was «mad or disturbed,» and she believed she had more control over her life in prison than she did in care.

«When you’re a kid in the foster system, you don’t have any options,» she explained. «Nobody ever asks what you want… You are never taught how to cope with stress, such as the stress of being placed in a new residence or a new group home.»

According to the findings, while self-harm may begin as a way to relieve discomfort, it may evolve into something more dangerous.

On at least one occasion, five women said they had attempted suicide. When the anguish grew excruciating, these women all expressed a desire for ‘things to end.’

Many interviews revealed insufficient assistance in care and custody, emphasizing how responses to self-harm in jail may mimic the movement and instability that women experienced in care.

There was also a shortage of mental health support, emotional support for the long-term effects of self-harm, and the care system’s incapacity to ensure safety.

According to the researchers, mechanisms for addressing this must include listening to women without judgment, paying attention to their specific thoughts and experiences, and, most importantly, not causing further harm.

The researchers recommend that significantly more money be invested in community-based alternatives to punishment for women who do not pose a threat to others.

For those already in imprisonment, work in prisons to increase support for people who have been in care is underway.

«This work must be suitably resourced, backed by rigorous staff training, including on self-harm and mental health issues, and prioritized from the top to the bottom of the service to make a significant difference,» the article says. 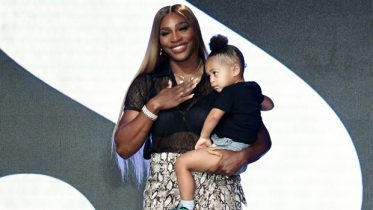 Olympia Williams, Serena Williams’ 4-year-old daughter, is adorable while playing tennis like her mother. In a video of her landing a backhand stroke, Olympia Williams…