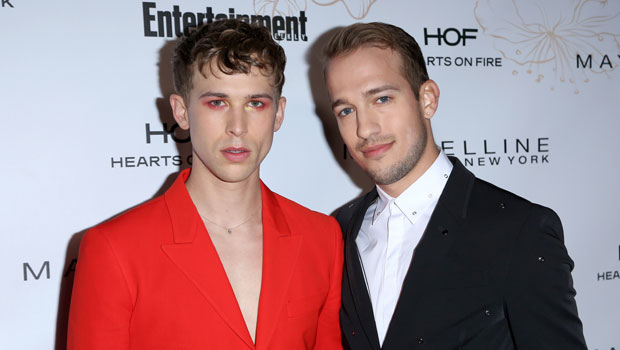 Peter Zurkuhlen, the husband of ’13 Reasons Why’ star Tommy Dorfman, has filed for divorce.

According to TMZ, Tommy Dorfman’s husband Peter Zurkhlen has formally filed for divorce. On Tuesday, February 1st, Peter went to a Los Angeles courthouse to file divorce papers. He had been married to the Netflix star — who uses she/her pronouns — for five years.

They first met in 2005, after a mutual acquaintance introduced them. They got engaged in 2015 and married in November of that year.

Peter, unlike his ex, does not work in the entertainment world. According to LinkedIn, he is the Chief of Staff at getting Help and the founder and CEO of ChipChop Holdings, Inc. He worked as a real estate agent after graduating from Centre College in 2010. He’s also an advocate for the LGTBQ+ community, homelessness, and mental health awareness, according to his biography.

Tommy mentioned that she and her husband had had to «redefine their relationship» since she came out as a trans woman, therefore their divorce could be on the cards. «I was in a nine-year relationship with a gay man,» she told Time, «in which I was thought of as a more male-bodied person.»

«I adore him, but we’ve discovered that what I’m interested in as a trans woman isn’t often represented in a gay male.» As a result, we’ve had some fantastic conversations about how to reinvent our friendship.»

In July 2021, Tommy came out as a transgender woman and announced her new pronouns. She told the newspaper, «I regard today as a reintroduction to me as a woman, having made a medical transition.» «Coming out is typically portrayed as a big reveal, but I was always out.

Today is about being clear about who I am: I am a trans woman. She/her are my pronouns. «Tommy is my name.» She added that she will not be changing her name because it is the name of her uncle, who died just before she was born, and it has a family connection.

Ryan appeared in Seasons 1, 2, and 4 as a recurrent character. «Ryan’s Mistake» was the ninth reason Hannah killed herself, according to those who saw the series. He was a member of the poetry club alongside Hannah in his highlight episode. He persuaded her to write a deeply personal poem, which he then published anonymously in the school newspaper without her permission.