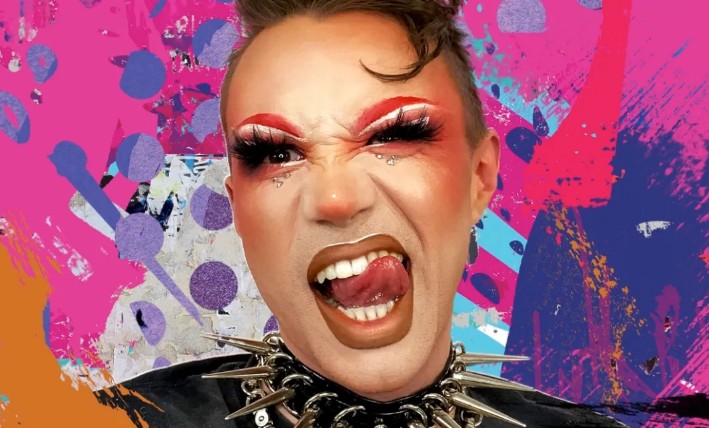 On Painted with Raven, seven outstanding makeup artists demonstrated their abilities and inventiveness over the course of eight weeks.

As these amazing artists competed for the crown and a cash prize of $25,000, the Emmy award-winning makeup artist and guest judges including Chad Michaels and RuPaul himself had their job cut out for them. Finally, the show’s front-runner, the immensely skilled Matt Perkins, triumphed in the closing fairy tale makeup task, producing a damsel in distress, a villain, and a hero.

Matt is a graduate of James Madison University with a degree in Integrated 3D Design and represented their city of Leesburg, Virginia. Matt is also a tough drag entertainer known as Crimsyn, in addition to their renowned makeup designs featured on the show. From the top of their wigs to the bottom of their shoes, Matt/Crimsyn specializes in producing all parts of their drag/artistry. They may be nerds for deriving inspiration from nature’s flora and animals, but they’ll never say no to a good/corny pun!

Matt took a break from their brushes and palettes to talk to us about their experience on the show and their beauty adventure in our exclusive interview.

Please tell us a little about your makeup experience.

Because I didn’t know how to do makeup, I began out in the cosplay industry by constructing outfits and helmets for all of my characters. So I stomped my foot and declared, «I’m done making helmets.» This face needs to be painted. (Laughs) «How do I do makeup?» I asked three of my pals, and the first thing they all answered was «pluck your brows.» So it all started there, and then I started buying makeup palettes, greasepaint, and other similar items.

My first major makeup attempt was to transform myself like Patrick Star from SpongeBob SquarePants. I had this entire clothing, costume, and everything, and I decided for the first time to paint myself pink. I painted myself pink for the first time in cosmetics. I’m not sure why I did that, but looking back at those photos was a fascinating experience.

Clown pink, clown white, and baby powder were the first items I purchased. And, oh my goodness, I painted my entire face clown pink and clown white and coated it with baby powder. That was a misfortune.

But then I started watching all of the YouTube tutorials and other such things, and I discovered that you should probably buy an eye shadow palette. That would most likely be beneficial. (Laughs) From there, I simply began to copy various makeup techniques and tricks from YouTube and the internet. I had no professional training and was simply using whatever I could find at the store to put on my face. I promise there were acrylic paints once upon a time, but they are no longer present. (Laughs)

When you discovered out you were cast in Painted with Raven, how did you react?

It wasn’t on the agenda. It was not recorded in the books. I was probably gaming when I got a phone call, and I was like, «What the hell is going on?» I need to put World of Warcraft on hold right now. Who is it that is calling me?

This is an opportunity for me to show off my designs and thoughts, I thought. And I just sat down with a sketchbook for a couple of evenings and started sketching up ideas and plotting out potential scenarios. As a result, it was quite exhilarating. I was overjoyed. Please accept my apologies for the lengthy response. (Laughs)

Working from home versus travelling to a studio and doing a show like Face Off, how did you find the experience?

Oh, my goodness. Face Off is one of my favourite shows. Before we started filming, I think I binge-watched it and Glow Up because I was like, «I gotta get in the zone.» So, going back on it, I absolutely loved it on the nervousness side because I know I would have been shaking in my shoes as soon as I walked in there with famous people, producers, lights, and cameras, you know?

Everything was incredibly pleasant, though, because I was next to my bed and my dog. I was able to remain calm in the face of adversity and not become overwhelmed. It was unquestionably a fantastic start in television series. I know now that if I ever have to work on set, I’ll be more confident. I’m not going to be as nervous or anything. As a result, I had a great time.

Which of the looks you produced for the show was your favourite?

So I’ll have to choose between two, one for «wow factor» and the other for a personal fave. As you can probably guess, the «wow factor» one is the pimple-popping one. «Oh, my brain is so creative,» I thought as I figured out what I should do with popping the pimple at the last minute. I’m joking, of course. (Laughs)

I was very pleased with it, and it was perfect for television because of the crazy and grossness, as well as the gayness and other elements. However, my personal favourite would have to be the split face challenge, in which I depicted half of myself as I am regarded from the outside and half as I am on the inside, just because it was a more personal challenge.

I was able to dissect more of myself, and I also enjoyed the design of that one as well as how it seemed on camera. It looked great graphically, and I’m looking forward to recreating it. It’s quite wonderful.

That was very incredible. That one, as well as the Hulk Hogan style, really appealed to me.

Oh, my God, I completely forgot about Hulk Hogan. For the past month, I’ve been wandering around my house shouting «Hey brother,» and it’s driving me insane!

Is there a look from the show you’d like to revisit, and how would you go about doing it differently?

The only one is the idiot who paints the art. The finished piece of art. I suppose I might have pushed harder for some of the other paintings if I hadn’t been so comfortable and thought to myself, «You know, we’ll all get the painting we like.»

I should’ve been ruthless. I should have said something like, «This is mine,» or something similar. Either that or they should have provided us with more painting possibilities; after all, who wants to design a bowl of fruit? There isn’t much there but apples, bananas, and a potato. I’m not sure what I’m going to do with that.

I know this wasn’t «Raven’s Best Friend Race,» but did you feel like you gained any new friends as a result of being on the show?

Without a doubt. We have a group chat where we discuss all of the episodes and communicate with each other about any problems or concerns we may have. It’s undoubtedly a group chat that we join in order to obtain, you know, personal support. It’s a close-knit group of friends, and I can’t wait to meet everyone in person. I simply believe that doing so would bring us closer together. We’re attempting to organize a little get-together at some point. I’m not sure when it’ll happen, but it’s on my to-do list. One of them I’ve already met in person.

Ryan and I share a house. I live in Virginia, and she lives in Maryland. It takes roughly 30 to 45 minutes to drive from one to the other. We met at a Painted with Raven viewing party, and she is the sweetest person I’ve ever met. She’s a lot of fun. She is incredible. She’s a joy to be around. She has a great sense of humour. I really hope that everyone sees how incredible she is.

Did you learn something unexpected about yourself while working on the show?

Certainly. So, I’m someone who’s a little detached from their emotions because, you know, you’ve got to be the tough man, but watching the show was absolutely a dissection of myself. Every night after the shoot. I sat there before going to bed, thinking about myself and what had transpired over the day. And I was able to reflect on myself and grow emotionally as a result. As a result, there is definitely an emotional trip that I went through on the show. I’m not sure if that shows up in all of the edits, but it definitely happened. And there were a few chats that I believe helped me to mature as a person. As a result, I am overjoyed that this occurred.

What do you intend to do with the money you’ve won?

Yes, I realize it’s a little dull. I’m not planning on establishing a Crymsin theme park or anything like that. (Laughs) I’ll be repaying my student loans. I’m now living at home since I can’t pay both my education loans and my rent. It’s just too much for the money I’m making right now.

So, I’ll use the money to pay off my student loans, move out, and take the next stage in my life, complete with full freedom and everything. And ideally, this will open a lot of doors for me in terms of becoming more self-sufficient and initiating more creative endeavours. As a result, I’m really looking forward to it.

Crymsin is a formidable queen, according to your Instagram. Are you planning on taking her to RuPaul’s Drag Race?

I mean, I’m not sure. Is it okay if I say that? (Laughs) I mean, it’s a fantastic platform that I’d want to be a part of, and I see myself as not only a makeup artist but also a full-fledged entertainer. So, in terms of numerous platforms for showcasing all types of arts, I believe that is a tremendous step forward for me to take.

I’d want to ask you a brief make-up question. What is your go-to, must-have cosmetics product now that you’ve graduated from Ben Nye and baby powder?

Okay. So I can use a rainbow grease palette and a rainbow eye shadow palette to cover my entire face. I’m able to accomplish anything with it. I also believe that if I were to create my own makeup collection or work with a brand, it would be a cream or grease palette — which I understand is ridiculous for some people, especially those who wear «daily makeup.»

I’m not going to use that all the time, they say. But if I’m travelling and I’m going to use cream bases for a lot of things, since I use cream blush, cream contour, cream highlight, and all these other creams for my eyeshadow and brows, I’ll use those instead. It’s just that everything is in one palette. It’s also really simple to travel with. So that would be my first choice. And I understand it isn’t for everyone, but it works for me (laughs).

How can fans communicate with you? I know you have an Etsy shop with some incredible items.

I’m also attempting to start my own brand with a line of drug-related collars and harnesses, as well as other things to offer. It’s also for you if you’re a little feisty and want to go out to a party and wear some funky clothes. So do take a look at my Etsy shop as well.

Be the first to comment on "Meet Matt Perkins, the season one winner of Painted with Raven" 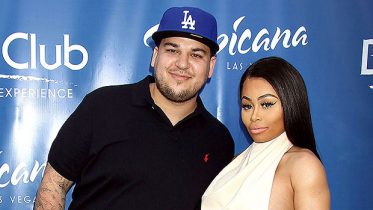