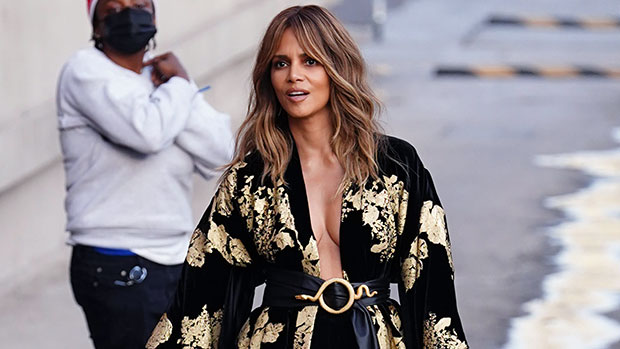 Halle Berry, 55, showed the world she’s still a kid at heart in new photographs enjoying ‘Fitness Friday,’ jumping for pleasure in a fantastic monokini with cutouts.

It never gets old to kick your heels up, and no one does it better than Halle Berry, 55. The actress looked incredibly lovely in a gold monokini with cutouts, beachy waves, and glowing skin in a fresh series of photographs published on her Instagram.

Halle asked followers to «jump in» with her to an upcoming «Fitness Friday» session in the caption, and the offer is hard to refuse after one look at her toned abs.

Halle strolled down the beach in a carefree and cheerful set of images to promote her forthcoming exercise for Respin, her digital health, and wellness firm.

Halle’s million-dollar smile was as bright as ever as she shared a laugh with co-instructor Peter Lee Thomas while showing off their great physiques surfside.

Halle promised supporters that the new workout would be plenty of «fun» and «advice,» and that she and Peter would «continue to encourage you along your fitness journey.»

Halle’s recent dalliance with gold isn’t even her first; at last weekend’s Super Bowl, the actress looked regal and lovely in a gold toga and glittering eye makeup for a Caesar’s Sportsbook commercial.

She had already experimented with cutouts at the premiere of her new film Moonfall, wearing an LBD with open sides and a beautiful peplum silhouette.

Halle isn’t hesitant to show that she still has it, but she’s also incredibly kind when it comes to passing the torch.

Halle opened up about a new actress stepping into the latex catsuit she memorably donned in 2004’s widely panned Catwoman, with Zo Kravitz set to take the reins as the iconic Catwoman opposite Robert Pattinson’s Bruce Wayne in the March release of The Batman.

Halle has complete faith in her heir, telling PopCulture on February 2 that Zo «is going to be a fantastic Catwoman.» She revealed, «I can’t wait to see what her interpretation of that is.» 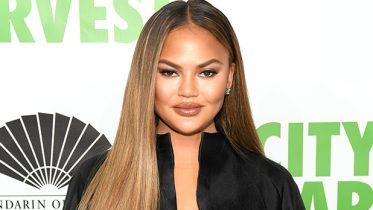