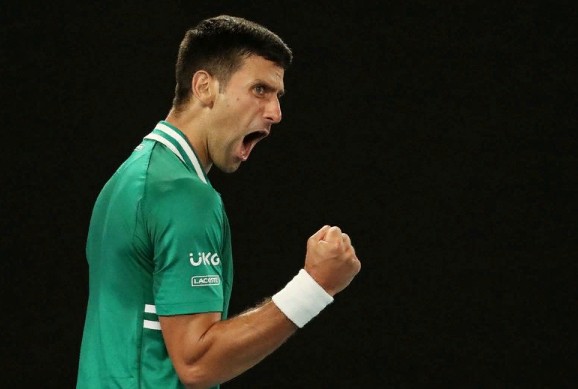 In his legal challenge to the Australian government’s decision to reject his visa on arrival this week, Novak Djokovic claims that a COVID-19 infection confirmed in December qualified him for a medical exemption from the country’s vaccination requirements.

On Saturday, his legal team filed a 35-page petition in Federal Circuit and Family Court outlining the Serbian’s case for appealing the visa cancellation, which would prevent him from competing in the Australian Open. On Monday morning, the challenge will be heard in court.

After border officials denied his request for a medical exemption, the tennis world number one has been kept in immigration custody in a Melbourne hotel since Thursday morning.

According to the petition, Djokovic obtained a letter from Tennis Australia’s Chief Medical Officer on Dec. 30 claiming that he had a medical exemption from immunization due to a COVID infection that he had recently recovered from.

According to the docs, he tested positive for COVID on Dec. 16 and had been free of symptoms or fever for the previous 72 hours by Dec. 30.

The application stated that he had a valid travel visa and that he had received an assessment from the Department of Home Affairs, which stated that «responses indicate(d) that (he met) the requirements for a quarantine-free arrival into Australia where permitted by the jurisdiction of your arrival,» with Victoria being the nominated jurisdiction.

According to the legal docs, after learning that his visa might be revoked at Melbourne Airport early on Thursday morning, a befuddled Djokovic requested more time to call Tennis Australia and his agent.

Despite accepting an earlier offer that allowed him to sleep until 8:30 a.m. and said he «needed some help and legal support and guidance from [his] representatives,» he said he was «pressured» by authorities to submit to an interview just after 6 a.m.

According to the application, Djokovic confronted an official at the airport after learning that a recent COVID-19 infection was not deemed a vaccine alternative in Australia.

«That is not the case, and I informed him of the findings of the Independent State Government medical team and explained why. The two medical panels and the Travel Declaration were then mentioned «The Serbian is quoted in the legal document as saying.

«I indicated that I had recently been infected with COVID in December 2021 and that, as a result, I was entitled to a medical exemption under Australian Government laws and instructions,» she said.

He claimed that he had presented his medical documentation to Tennis Australia for its two-stage independent review process, that he had accurately completed his travel declarations, and that he had met all requirements to enter Australia legally on his authorized visa.

A provision of the Australian Immunisation Register, which specifies that a person can seek a temporary vaccine exemption owing to a recent «acute significant medical illness,» was one of the arguments made by lawyers for the Serbian celebrity.

Djokovic’s legal team claims that a delegate for the minister of home affairs did not have «a skerrick of evidence,» using an Australian term for a small amount to suggest that the 20-time major champion’s recent infection did not constitute a contraindication, among a series of jurisdictional errors.

Dr Carolyn Broderick, Tennis Australia’s chief medical officer, was one of three medical practitioners on a panel that authorized an exemption in accordance with the Australian Technical Advisory Group on Immunization’s criteria, according to the filing.

According to the paper, the first verdict was then reviewed by a second independent medical panel established by the Victorian state government, in accordance with Tennis Australia’s public process.