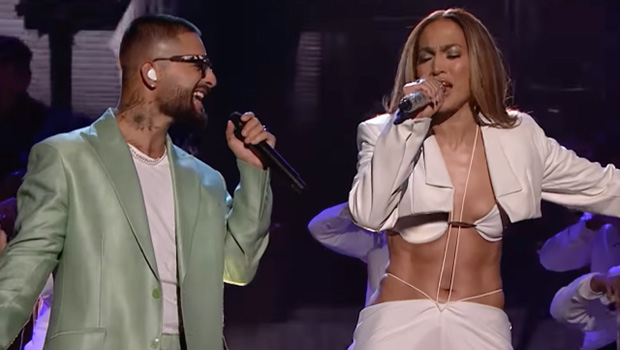 Jennifer Lopez performs ‘Marry Me’ on the Tonight Show with a bikini top and a cropped blazer.

Jennifer Lopez shone with beauty as she sang alongside Maluma a stunning rendition of her song «Marry Me» from the soundtrack of the same-named film.

Jennifer Lopez, 52, dazzled on The Tonight Show Starring Jimmy Fallon on February 4 in a series of eye-catching gowns. The singer donned a flattering white bikini top under a matching cropped blazer and a long skirt as she performed her new song «Marry Me,» from the new film Marry Me, with Maluma.

She wore a long bright red dress with spaghetti straps and joyfully spoke with the show’s presenter, Jimmy Fallon, before singing.

The song is on the Marry Me soundtrack, which is currently out, but the highly-anticipated film doesn’t come out until February 11, just in time for Valentine’s Day. Jennifer and Maluma, as well as Owen Wilson, John Bradley, and Sarah Silverman, star in the film.

The plot revolves around a singer (Jennifer Garner) who is set to marry in front of an audience of her adoring fans, but just before she says «I do,» she learns of her fiance’s cheating tendencies and has a nervous breakdown on stage. She then locks eyes with a man in the audience and immediately marries him. Jennifer Lopez during her recent appearance on ‘The Tonight Show. Jennifer is rekindling her romance with her former boyfriend Ben Affleck, 49, when she isn’t pretending to marry someone in a movie. She recently talked up about receiving a second chance at love with the actor after their first relationship didn’t go as planned.

Jennifer told People in early February, «I feel very lucky, joyful, and pleased to be with him.» «We got a second opportunity, and it’s a lovely love story.»

«I just feel very lucky to be in a wonderful and loving relationship, and I want to do everything I can to safeguard and keep it secure,» she continued. «It is truly deserving of it.» It is sacred to us.»

Jennifer and Ben had broken up in 2004 but rekindled their relationship last year. 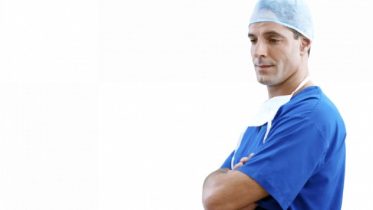 According to a new study by RAND Corporation researchers, most physicians employed in group practices owned by health systems are paid primarily based on the…